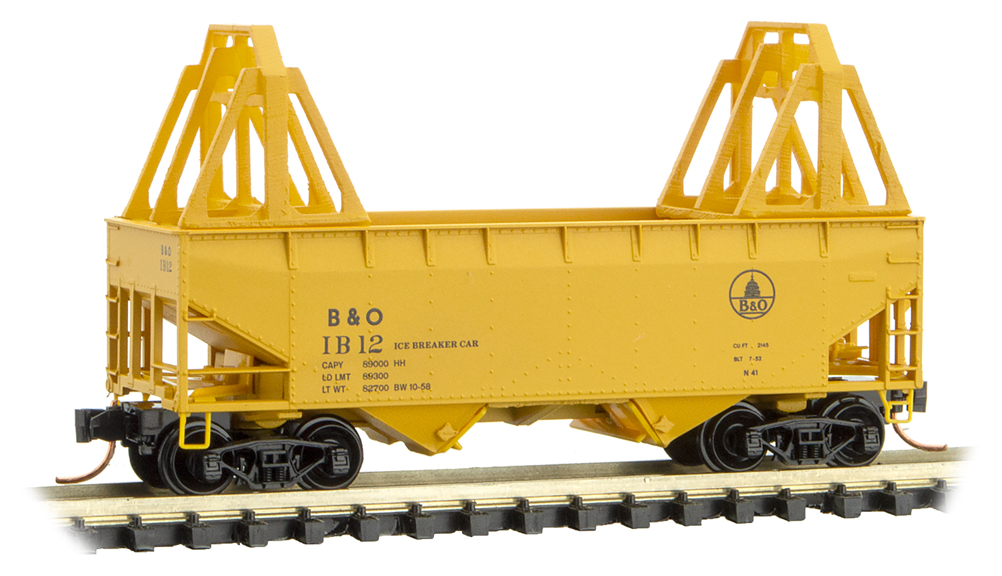 
Specific Item Information: This 33â twin bay hopper with offset sides is yellow with black lettering and runs on Bettendorf trucks. Built as an N-41 hopper in the early 1950s, it was converted into an icebreaker/clearance device car in the mid-1960s. This helped prevent impact damage to automobiles being transported in open autoracks. It featured large vertical frames to clear icicles from the inside of tunnels and low bridges.


Model Information: The 33' Offset-Side open hopper was introduced in 1979. It is known by collectors as body style '055' or '55000 Series'. This model has been produced in over 100 different varieties since then, making it a fairly popular body style. Newer versions may come with a factory supplied load and low profile wheels.