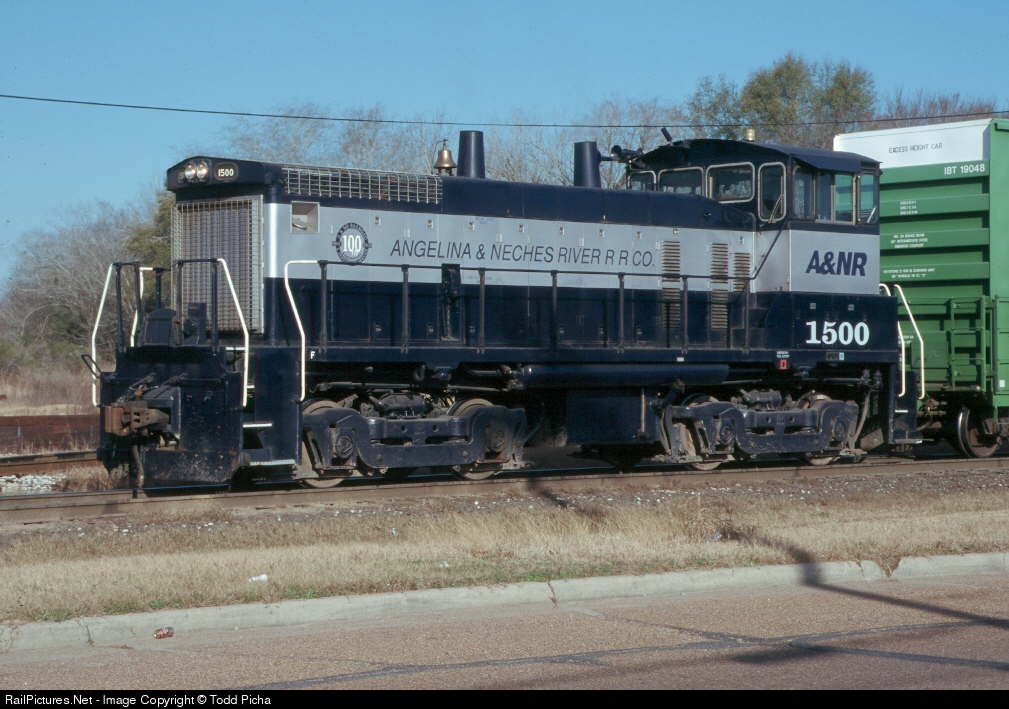 This line was established in 1900 to transform a private narrow gauge logging line into a common carrier. The line was standard gauged in 1906. At itâs peak length in 1911, it ran 30 miles between Keltys and Chireno, Texas. Although they acquired their first diesel in 1949, they didnât retire their last steam locomotive until 1964. Today, A&NR serves 15 miles of route, split between three branches radiating from the city of Lufkin in east Texas. They also serve an industrial park in Lufkin developed specifically to take advantage of rail service on the A&NR. Traffic includes chemicals, clay, foundry products, limestone, lumber, steel, scrap, paper and plywood.