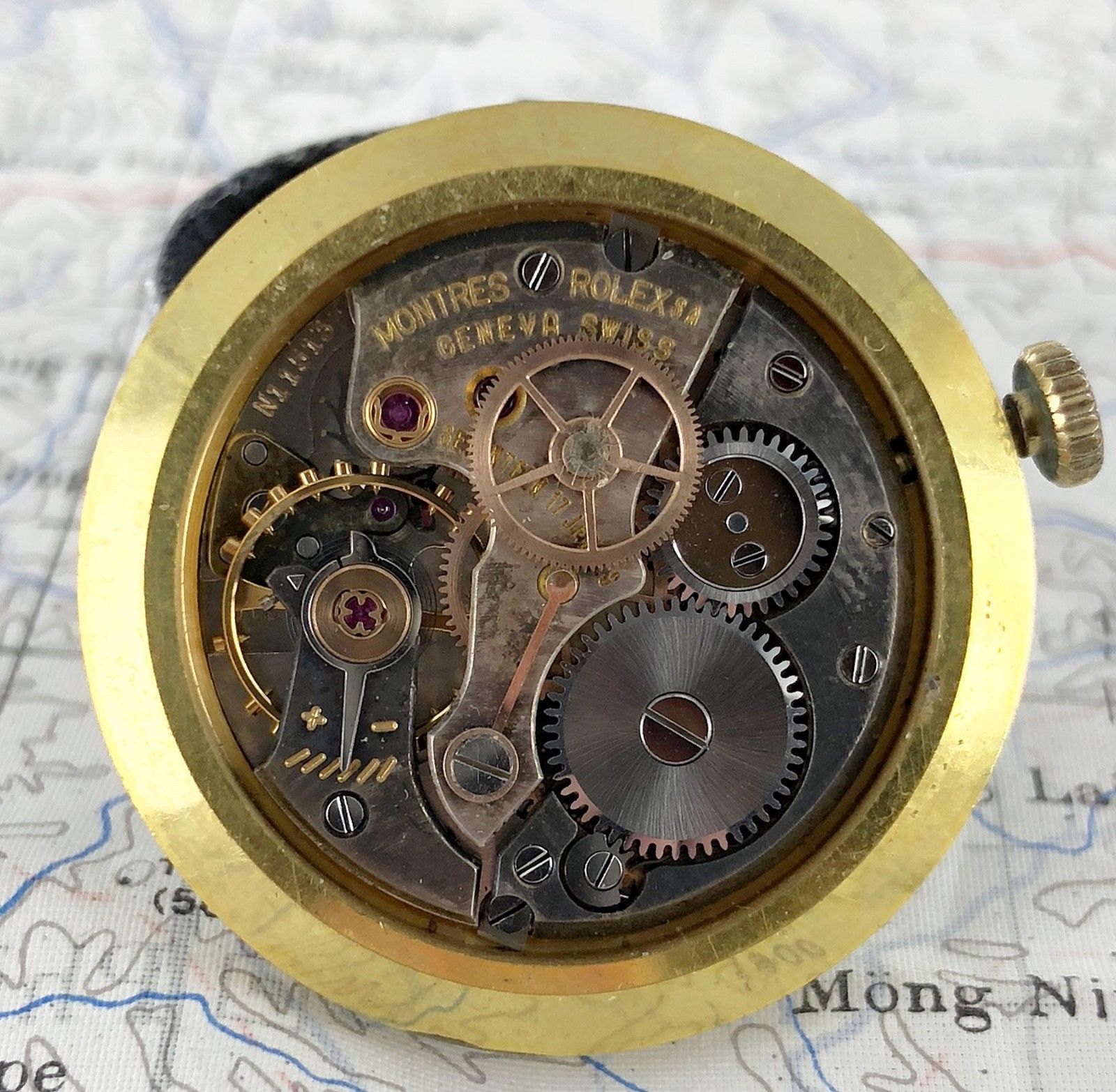 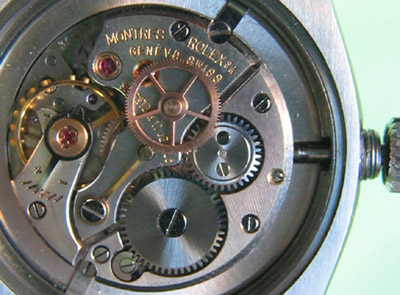 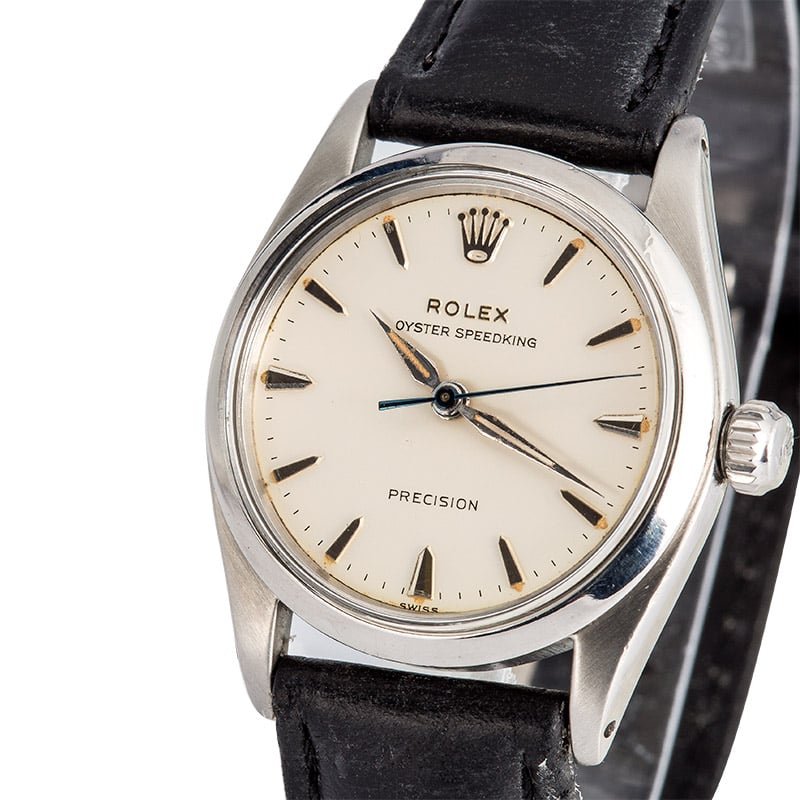 History: This calibre dates from the mid 1950s. The calibre 1210 was one of the many derivations of the old Hunter 10Â½ movement, which dated back to the 1920s. The 1210 was one of the last of these manual wind movements, unlike the original 10Â½ movement it features shock protection on the balance & escape pivots. These movements usually feature 17 jewels, and were used in the 3038 series of 'Pre-Cellini' watches.