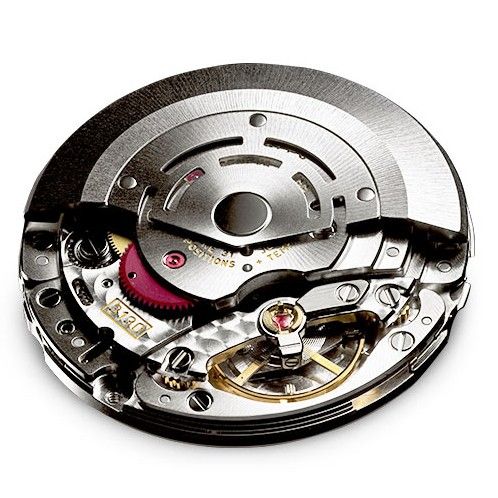 History: The 3130 is the sister movement to the 3135. The 3135 was introduced in 1988, but for some reason the 3130, although simpler due to the lack of a date function, was not introduced until 2001. The calibre 3130 is a self-winding mechanical movement entirely developed and manufactured by Rolex. Like all Rolex Perpetual movements, the 3130 is a certified Swiss chronometer, a designation reserved for high-precision watches that have successfully passed the Swiss Official Chronometer Testing Institute (COSC) tests. It is fitted with a Parachrom hairspring, offering greater resistance to shocks and to temperature variations. Its architecture, in common with all Oyster watch movements, makes it singularly reliable.

The 3130 is distinguished from the 3000 by several features; whilst it still beats at 28,000bph it now uses a balance bridge rather than a balance cock and also has a Breguet overcoil hairspring; this means that now all Rolex movements will feature these two company signatures. Also introduced on the 3130 are a new style of reversers for the automatic movement; these are much more efficient than the ones currently used and are an offshoot of the ones introduced 2 years ago on the 2235 ladyâs movement. It can safely be assumed that the new reversers will gradually be introduced across the rest of the range, but it is rare that the âbaseâ movement gets technological advances before the more âhigh endâ variants.