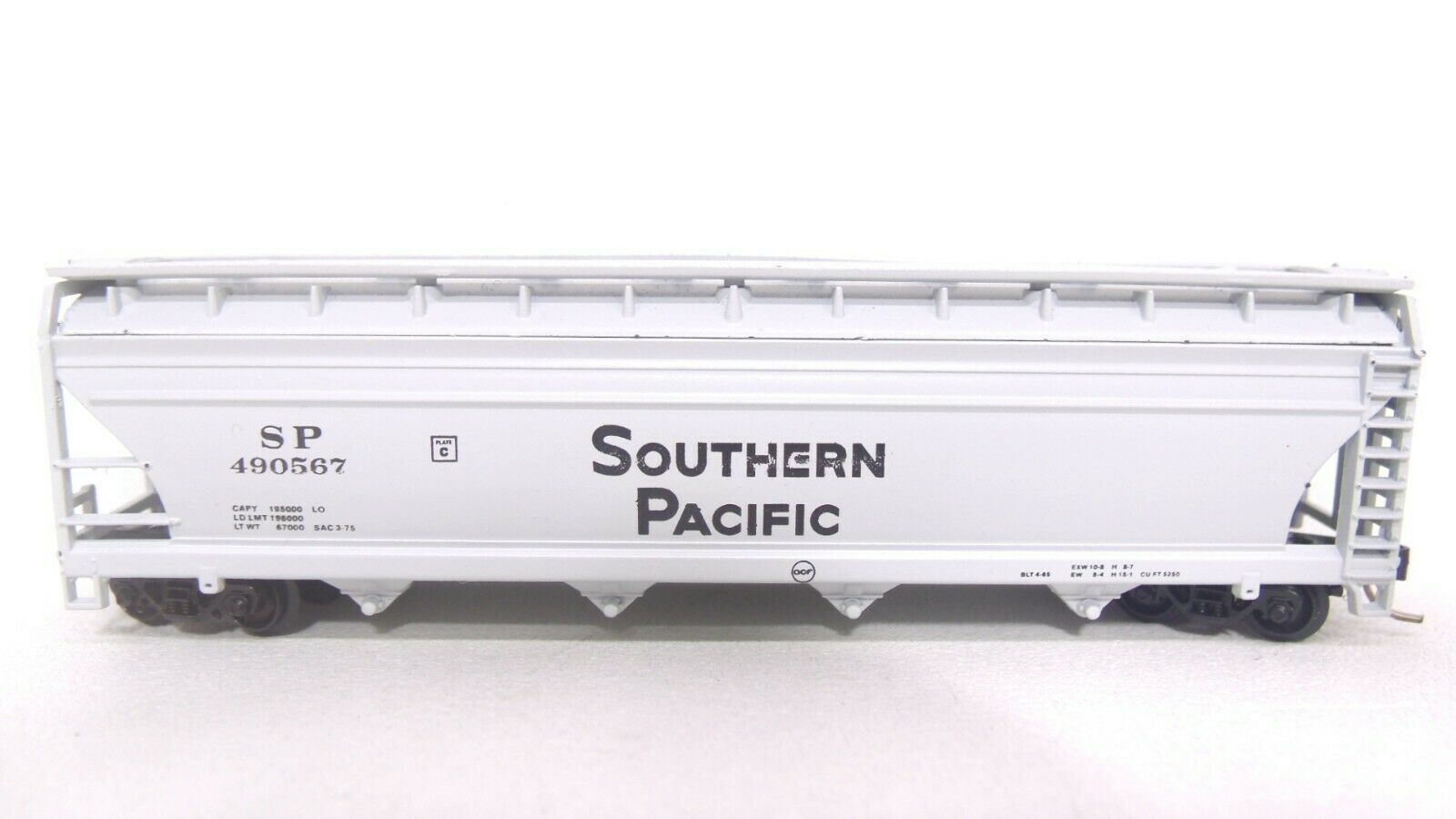 Model Information: This model was originally produced by Roco for Atlas and appears in the Atlas 1967 catalog labeled "Coming Soon" with three road names. They are stamped 'Atlas Austria' on the bottom. The molds seems to have been owned by Atlas as they brought them to their New Jersey factory from Europe and started US production in 1986. The new releases were stamped "Atlas USA". This later release was numbered as the 3700 series with seven road names.

These two versions can be distinguished from the later Chinese version because there is only a single ridge towards the roof on the sides of the hopper.