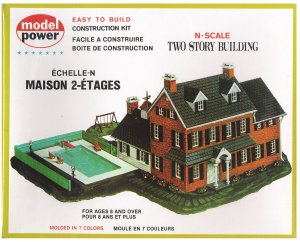 Model Information: These cars date back to the early days of N scale (late 60s / early 70s).
This model isn't really an accurate representation of any particular prototype; it is simply representative of the kind of 4-bay open hoppers that started appearing in the United States in the late 1920s (used primarily for coal service).