Specific Item Information: This 50 foot rib side box car with single door and no roofwalk is painted light green with white lettering and runs on Barber Roller Bearing trucks. Berlin Mills Railway provided switching and transport between two mills located in Berlin and Cascade, New Hampshire. The light green box cars could be found working interchange with GT, StL&A and BM during the 1980s. 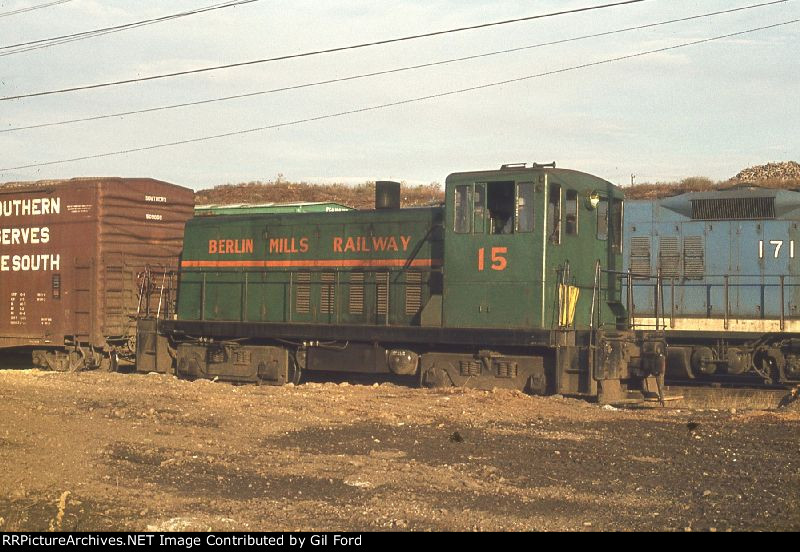 This 11 mile line linked two paper mills (the paper company owned the BMS) in the Berlin, New Hampshire area. It was built in 1911 and connected to Canadian Nationalâs Grand Trunk subsidiary (in recent years St. Lawrence & Atlantic) and Boston & Maine (in recent years New Hampshire & Vermont Railroad.) Sometime in the 1990s, St. Lawrence & Atlantic took over the BMS with the paper millâs blessing.