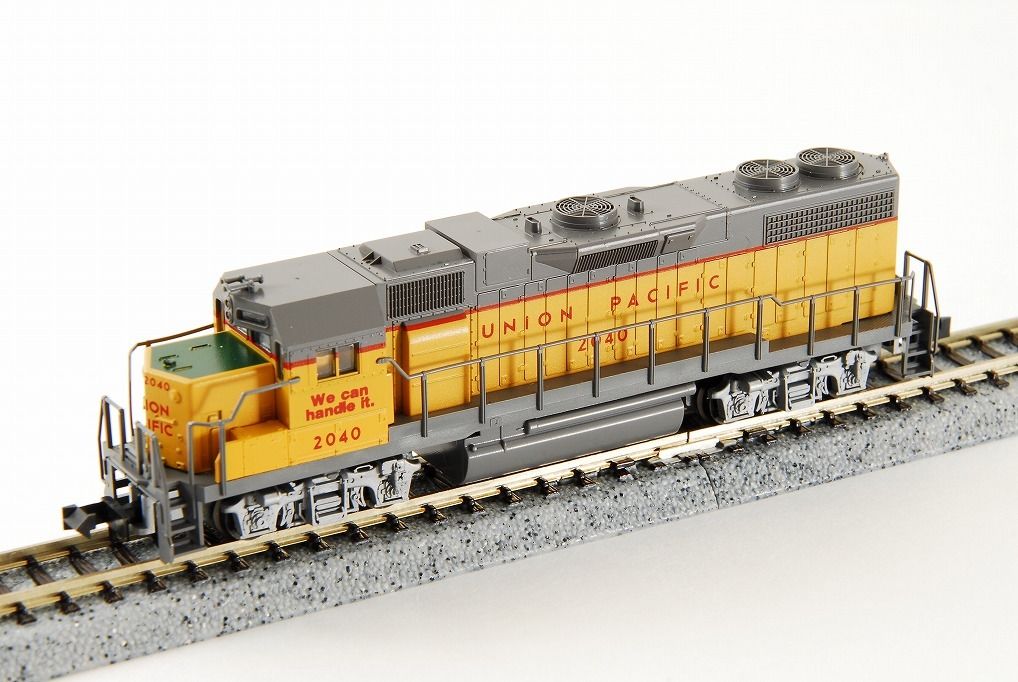 Model Information: Kato introduced this model in 1987 and then revised it in 1988. Prior to this release, all Kato manufactured engines were made in Japan but then imported and re-branded in the United States (mostly if not all) by Atlas. In 1987, Kato formed a wholly-owned subsidiary, Kato USA, to market their products directly to the North American consumer base. This engine represents the very first locomotive offering of this new enterprise.

This engine was not only interesting for being part of Kato USA's launch, but also because of its mechanical innovation. It features "blackened" locomotive wheels in combination with flywheels. Technically, this was not the first use of flywheels in an N-Scale engine, but certainly the Japanese engineers can be credited for making excellent use of them to produce a smooth running, quiet engine which has been emulated by every other major manufacturer.