Collectors value this item at an average of 12.65 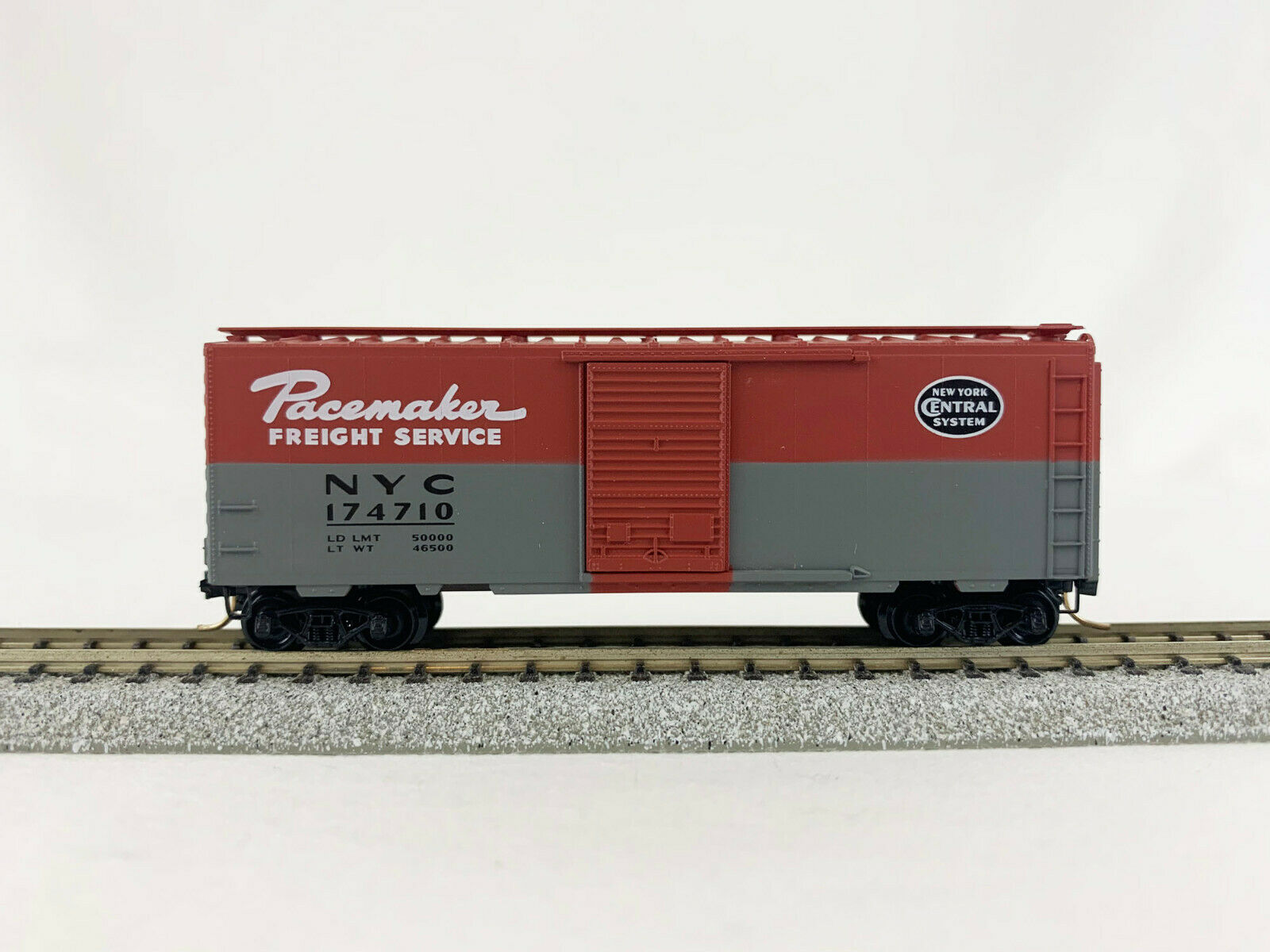 Pacemaker cars painted starting in 1946 for service as cars were modified from regular boxcar service to high speed lightweight service. It took until 1953 before all 1000 lot 737-B cars were modified and painted for Pacemaker service. Paint was Sherwin-Williams flash-dri paint red over gray. Red door and side sill under door when door in closed position also red. Ladders, grab iron rungs, brake wheel, underframe and trucks were black. As originally painted - Gothic lettering and herald white - no black background to herald. Paint diagram shows roof as black F-1 car cement, though most cars had red overspray making the roof appear red from ground level. No dimensional data on cars when originally painted other than LD LMT and LT WT. After February 1951 - cars that were repainted had reporting marks, car number as well as LD LMT and LT WT data painted black. Three cars - #174146, #174654 and #174861 - had ALL lettering in black - including the PACEMAKER FREIGHT SERVICE logo - circa 1952. Lot 848-B cars delivered in Pacemaker paint including complete dimensional data in black - these were the only cars built new in the PACEMAKER scheme - delivered in 1954. In September/October 1955, the oval "System" herald had the black background return. Complete dimensional data added to cars that were not fully repainted - usually in white paint. Also, there were 200 temporary Pacemaker Service cars from lot 773-B - which DID NOT receive the full red/gray Pacemaker paint. Most did receive the PACEMAKER FREIGHT SERVICE logo over their regular paint job, while some cars only received a small rectangle with the word PACEMAKER inside ( starting around April 1950 ).. When cars removed from Pacemaker service (starting in late 1959) - cars either repainted in regular boxcar scheme of the day or simply had the '4' in the car number changed to '5'.