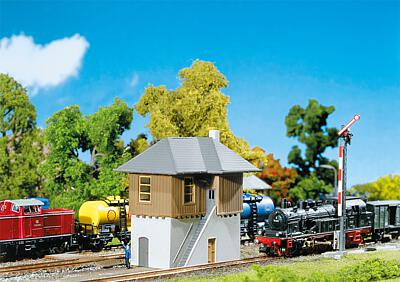 
Specific Item Information: With staircase on one side and wood facing in the upper storey. Dimensions: 73 x 41 x 62 mm