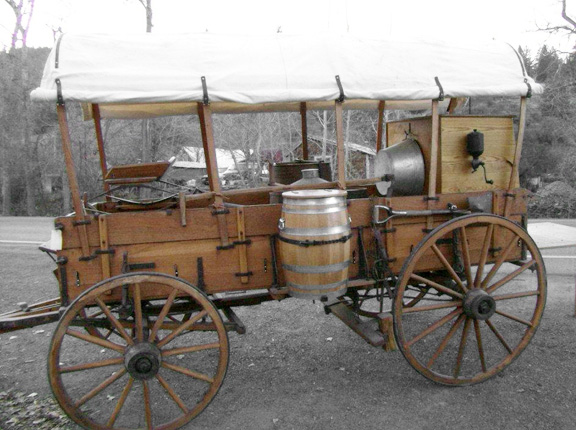 A horse-drawn vehicle is a mechanized piece of equipment pulled by one horse or by a team of horses. These vehicles typically had two or four wheels and were used to carry passengers and/or a load. They were once common worldwide, but they have mostly been replaced by automobiles and other forms of self-propelled transport.