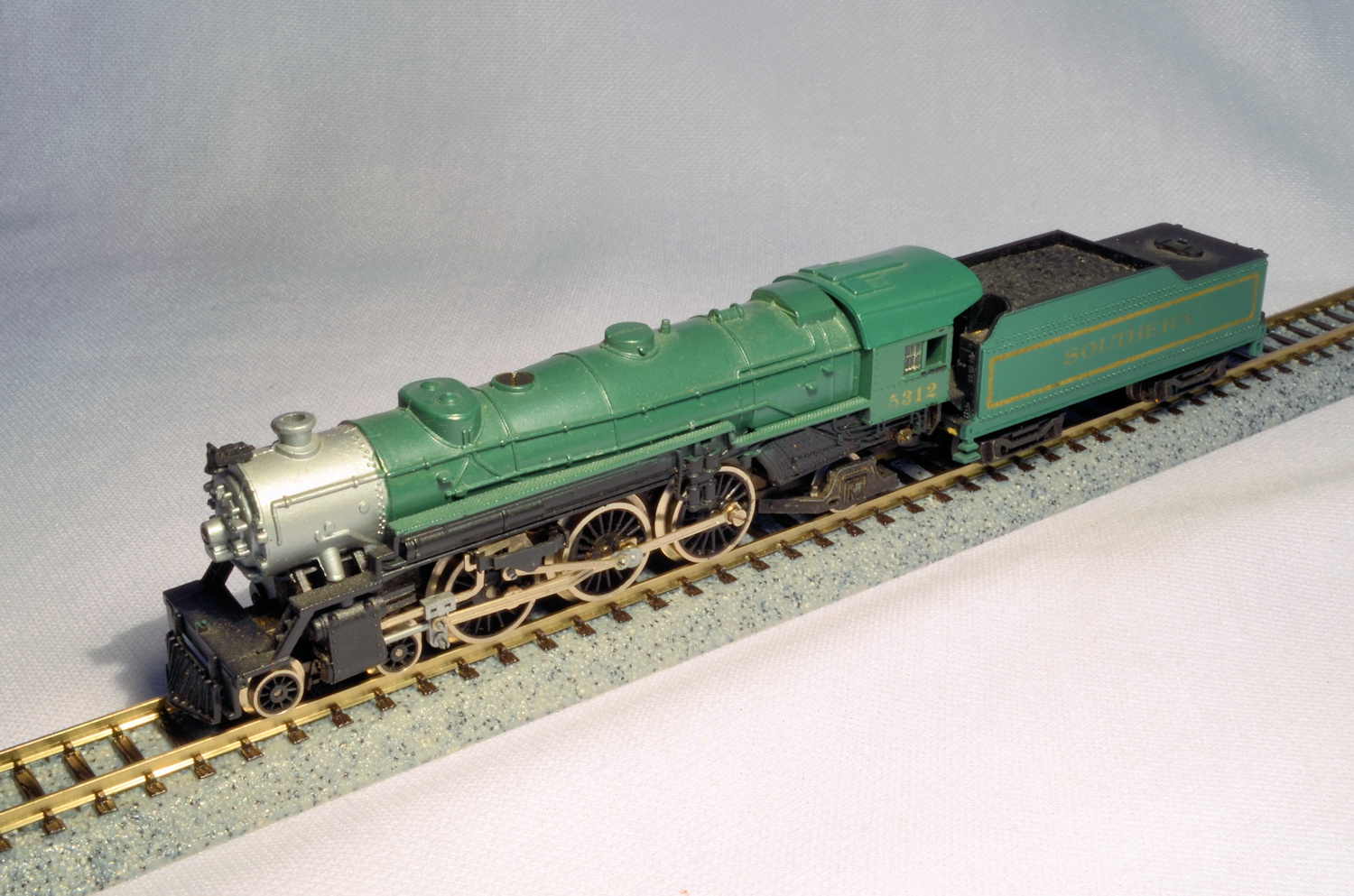 Model Information: Introduced in 1968.
Arnold Rapido's 4-6-2 Pacific had a metal boiler, traction tires on the rear driver pair and additional electrical pickup from its metal sideframe tender trucks. It was an excellent stall-free performer that could pull just about anything tied on behind it.


DCC Information: No provision for DCC