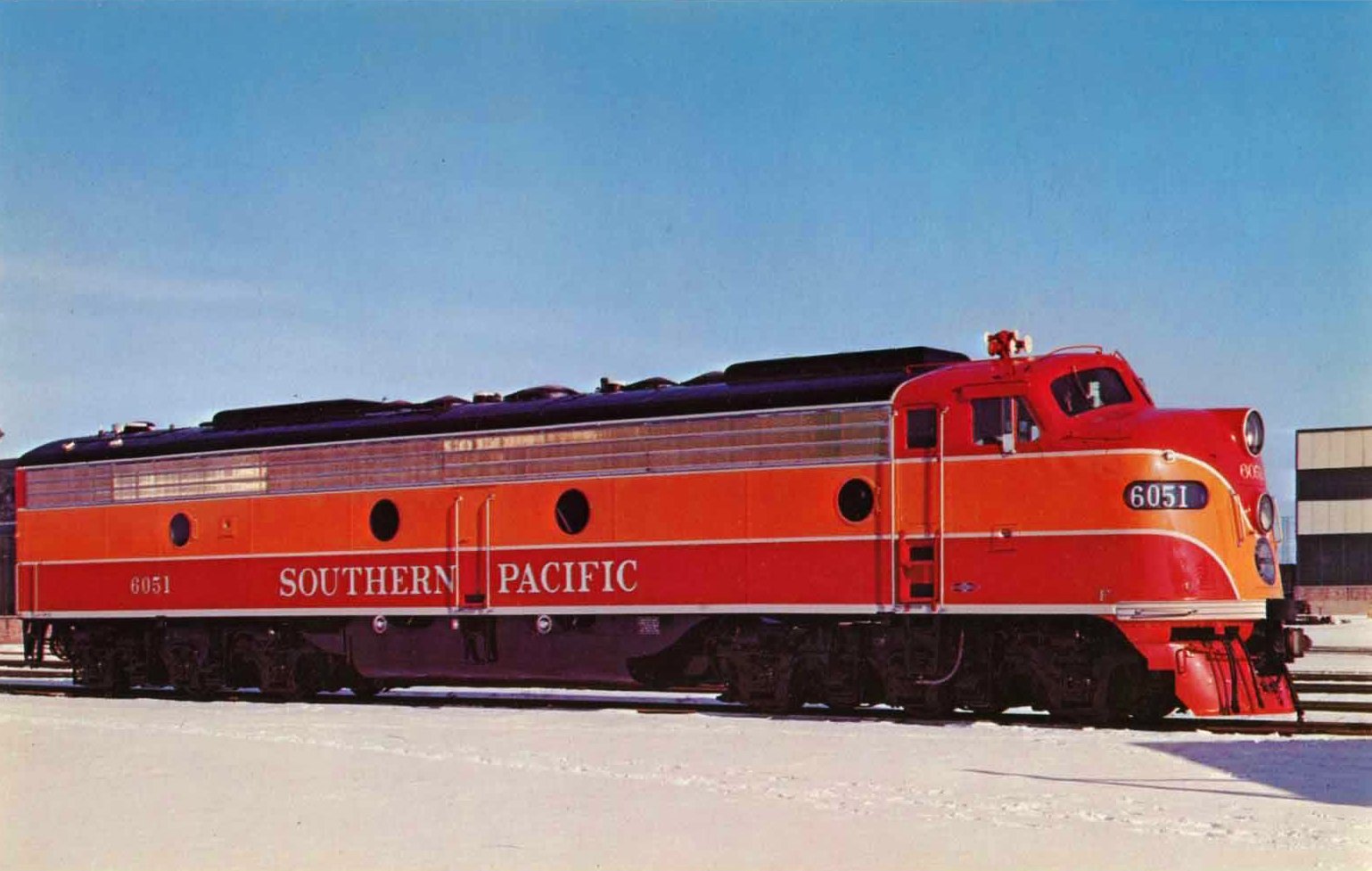 History: The E9 is a 2,400-horsepower (1,790 kW), A1A-A1A passenger train-hauling diesel locomotive built by General Motors' Electro-Motive Division of La Grange, Illinois between April 1954 and January 1964. 100 cab-equipped A units were produced and 44 cabless booster B units, all for service in the United States. The E9 was the tenth and last model of EMD E-unit and differed from the earlier E8 as built only by the newer engines and a different, flusher-fitting mounting for the headlight glass, the latter being the only visible difference. Since some E8s were fitted with this, it is not a reliable way to distinguish the two.
The E9 has two 1,200 hp (895 kW), V12 model 567C engines, each engine driving one generator to power two traction motors