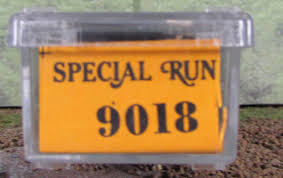 Model Information: Micro-Trains launched this body style in April of 2000. Since then it has appeared in over 100 different regular releases (including multi-packs) as well as special runs. It features truck-mount couplers on barber trucks. These cars model prototypes that were built in in the late 1970s and 1980s.

PBS Coals, Inc. has its corporate office in Friedens, PA and operates coal mining and processing facilities throughout Somerset County, Pennsylvania. Since it was founded in 1963 PBS has operated continuously and grown to be the fourth largest coal producer in Pennsylvania. PBS has gained the reputation as a reliable supplier of high quality coal to the electric power industry regionally and to the steel industry throughout the world.