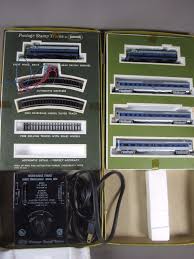 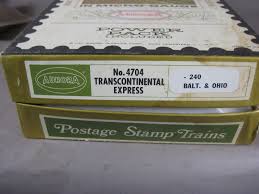 Specific Item Information: I believe one of the engines is a dummy unit. Two coaches and an observation car. With Track. With Power Pack.