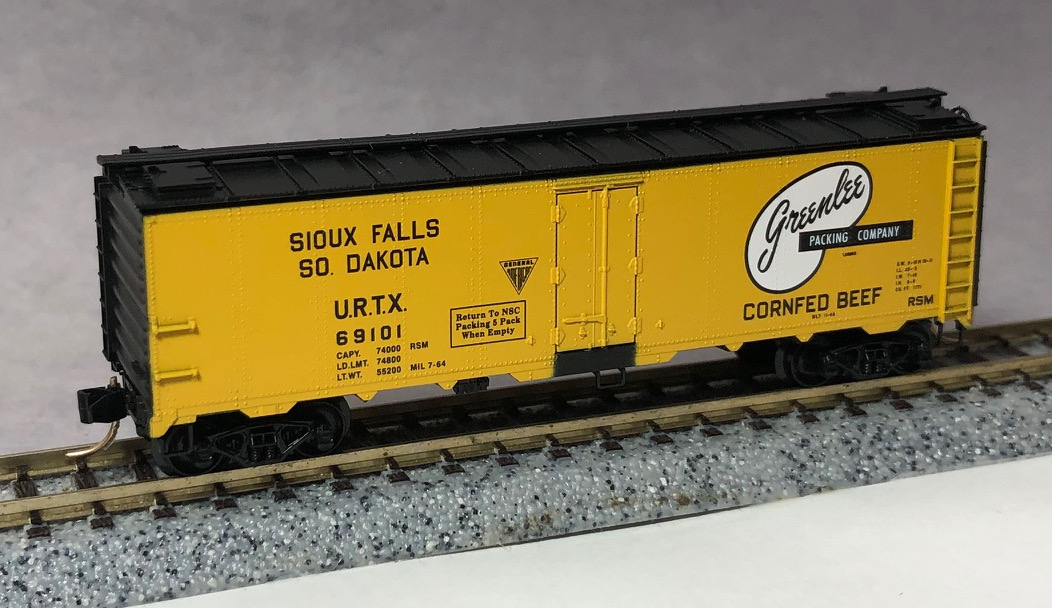 Model Information: Atlas first released this model in April of 2002. It is a replica of American Car and Foundry's specialized tank car designed primarily for transporting liquefied petroleum gas. Built in the 1940's and 1950's, these tank cars became a familiar sight on many of the railroads across the country.

The first release featured eight paint schemes with examples of both versions (with and without platforms). This Atlas model reproduces this late steam/early diesel era tank car. The cars with top platform rails were used where there was no elevated loading/unloading facility. The cars without the top platform rails were often specified for customers that had access to elevated loading and unloading facilities. These models feature: Finely molded handrails; Tank fittings and safety placards; 50-ton friction-bearing trucks with AccuMateÂ® couplers; Accurate painting and lettering; Platform where appropriate.

American Car and Foundry's 11,000 gallon specialized LPG tank car was designed for transporting Liquid Petroleum Gas (LPG). American Car & Foundry built the Interstate Commerce Commission (ICC) 105A-300W tank car from 1947 through the 1950s in many similar versions. It is an insulated, fusion-welded, high-pressure steel tank with top loading and unloading valves for liquified petroleum gases (LPG). Drawings appear in the Car Builder's Cyclopedias published in the late 1940s and 1950s. The design of ACF's 11,000 gallon ICC-105A tank car changed during the early part of 1951 to mid-1952 whereby the number of jacket sheets changed from 6 to 5. Generally, cars with the 89-1/4" inside diameter tank built from about March 1947 (Lots 3080 & 3083 are earliest I can document) through early 1951 (with some built as late as 1952) had 6 pieces of sheet metal welded together to form the jacket. Most of the ACF-design cars built from mid-1952 through 1954 came with 5 panels. The period from early 1952 through mid-1952 was a transition period where at least three jacket versions were produced. While there are a few exceptions to this general rule, these 6-panel and 5-panel jacket arrangements represented the vast majority of cars built from March 1947 through 1954 (after which time the tank design changed considerably).

LPG cars first began to be produced in modest numbers in the 1930s and by the late 1940s, they were being produced in relatively large numbers. describes flammable hydrocarbon gases including propane, butane and mixtures of these gases. LPG, liquefied through pressurization, comes from natural gas processing and oil refining. LPG is used as heating, cooking and auto fuel. In different countries, what is supplied can be propane, butane or propane-butane blends.