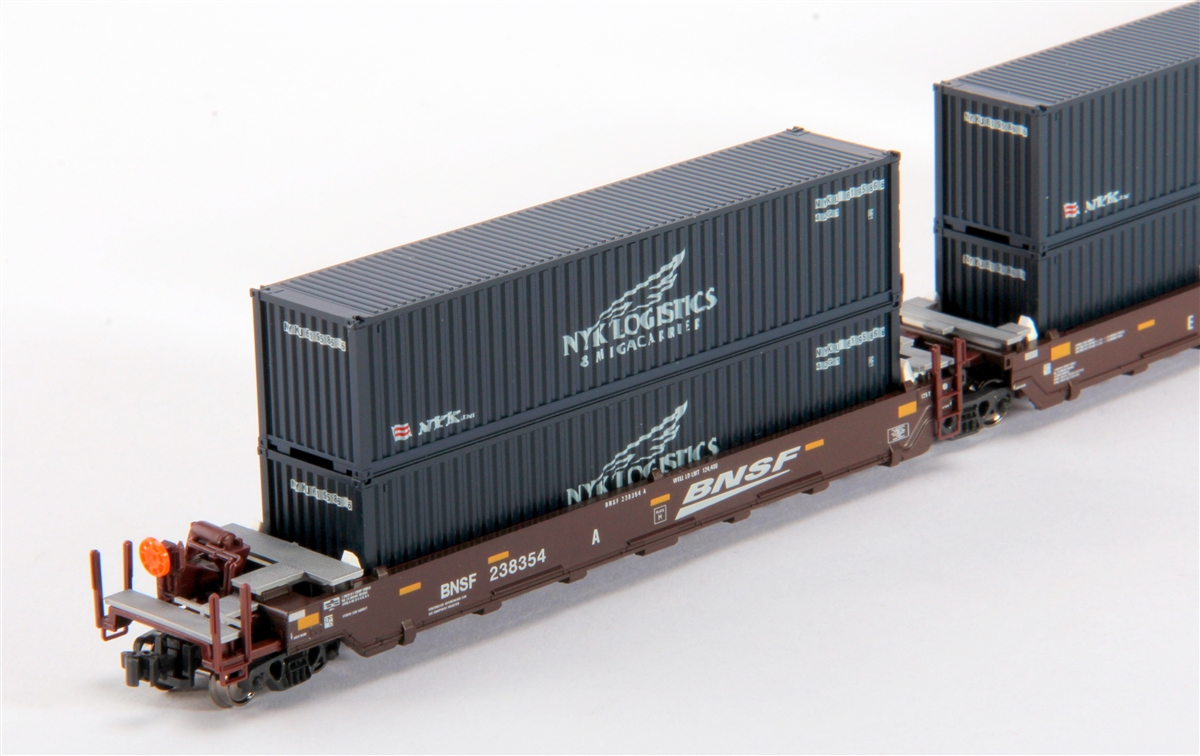 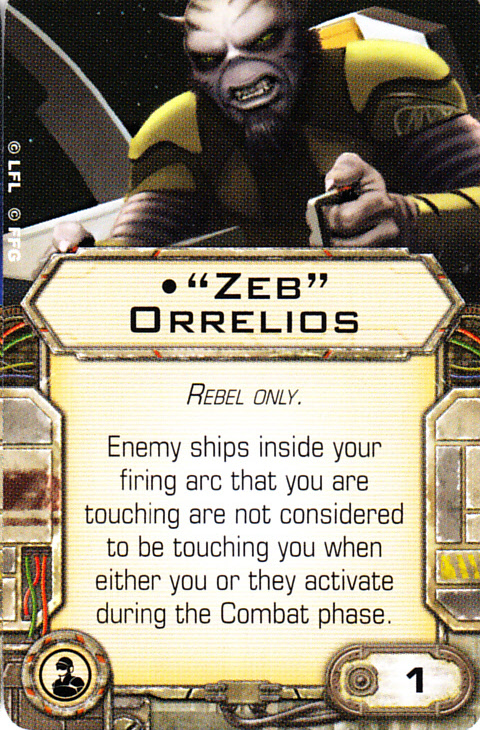 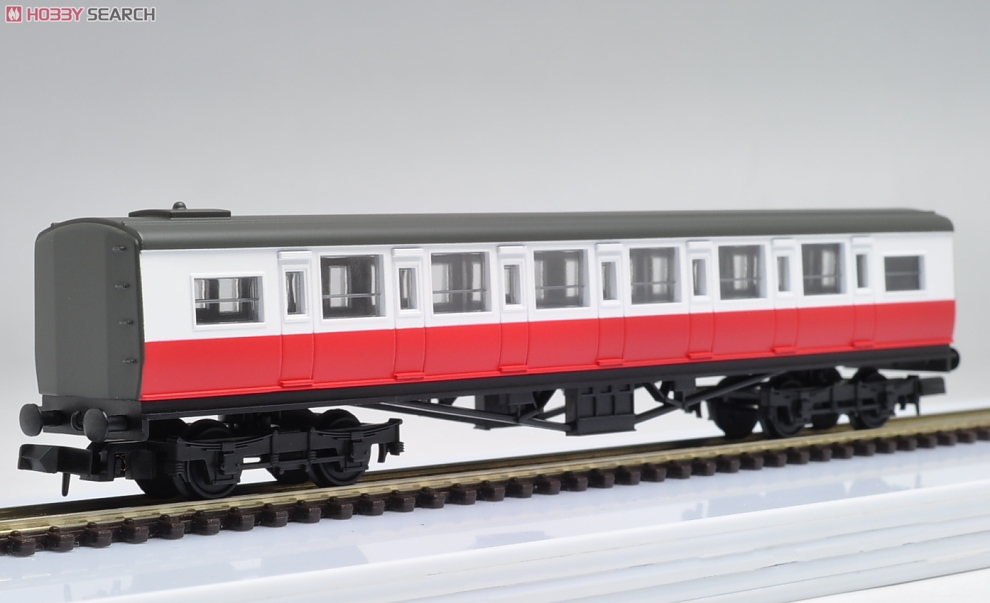 Model Information: This model provides stable operation with or without container loads due to Kato's new innovative heavier material steel compound plastic used for the construction of the well cars. Each container has a magnet and a metal plate to hold it securely to the well car bottom or to the top of the lower Kato container.

Each 5-well MAXI-I set includes ten removable 40-foot containers, all of which are interchangeable with our other container sets or MAXI-IV Well Cars. The packaging is designed for the separated storage of the articulated unit, providing ease and security when not in use. The MAXI-I has resilient plastic connectors between the wells that allow for easy connecting and disengaging for both operation and storage.

Like its cousin, the Gunderson MAXI-IV, the MAXI-I is a multi-unit well car designed to carry two stacked intermodal shipping containers. While its base well is 40', it can accept larger containers such as 45', 48' and even 53' in the top position, making the car a versatile addition to a railroad's intermodal services. The MAXI-I is a five-unit well car, unlike its 53' cousin, giving each car a greater capacity even though the individual wells are a smaller size.