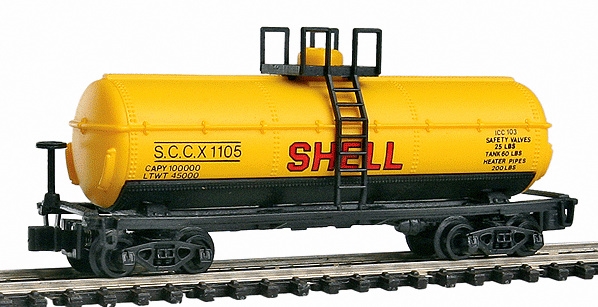 Model Information: This Model Power tank car is a Chinese knock-off of the Roco 40 foot chemical tank car that was imported by AHM, Minitrix, Aurora and others. It comes with nickel-silver plated wheels and Rapido couplers.