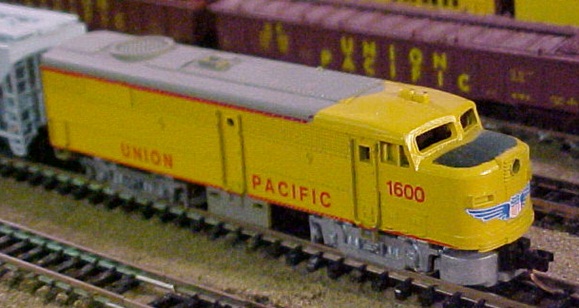 Model Information: This model was first announced in the Arnold 1967-68 catalog, together with the GP9 and GP30, all three sharing the same mechanism. Initially offered in one livery per model, these models were subsequently offered with additional roadnames as shown in the 1968-69 catalog.
It was introduced as Revell Rapido, and offered under the usual Arnold Rapido branding after Arnold stopped cooperation with Revell circa 1973.
Arnold decided that GP7 was without dynamic brakes and that GP9 will have them, hence the dynamic brake blister on the roof that was systematically delivered in black regardless of the locomotive color.
Overall this model is reported as an average or poor runner at slow speed, though it can pull quite many cars thanks to its generous weight.
No lights.