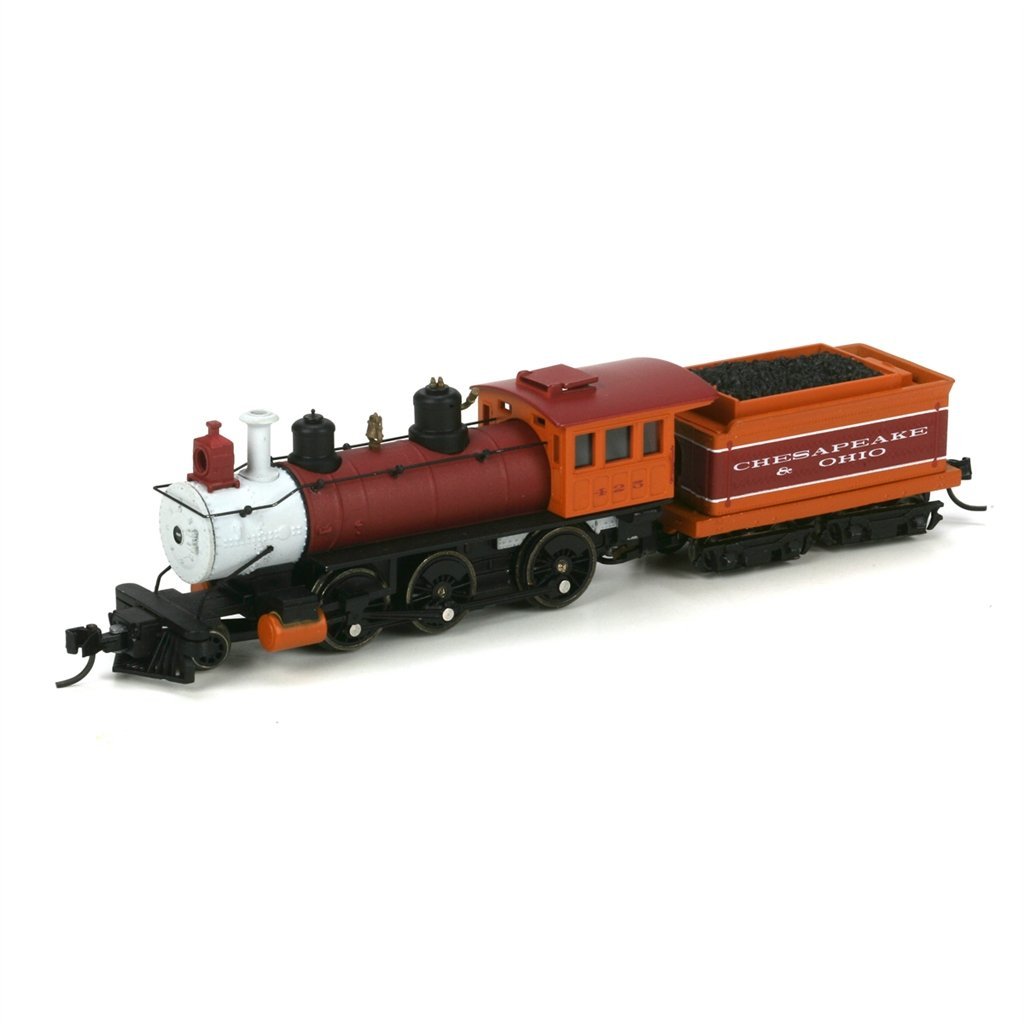 Model Information: The 2-6-0 Mogul Model was released originally in 2003 by MDC. The model is very very similar to their earlier 2-8-0 tooling. Both designs have the motor located in the tender with a driveshaft connecting the tender to the locomotive cab. These are pretty nice engines similar to the Kato Mikado in operations, sound (they are fairly quiet) and detailing. It is fast and powerful and rarely stalls or derails. On the downside, this is a small, complex locomotive with many small parts, making working on it and disassembly very difficult.

The model was acquired by Athearn (Horizon Hobby) in 2004 as part of the general acquisition of MDC by Horizon. In 2007, Athearn re-released the 2-6-0 with their own packaging. The Athearn version features magnetically operated couplers.


DCC Information: Despite this model's relative newness (it first was released in 2003), it has no capacity for DCC.


Prototype Description: The 2-6-0 Mogul was a fairly common configuration used all over the US from the 1890s to the 1950s.