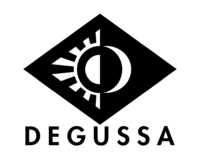 The history of former Degussa began in the half of the 19th century, when the head of the Frankfurt Mint, Friedrich Ernst Roessler, established a gold and silver separation factory at the cityâs request in 1843. Furthermore, Roessler initiated the construction of a chemical-technical laboratory close to the Mint, on the premises of todayâs Evonik site. This laboratory processed the byproducts of sulfuric acid separation, namely silver nitrate and cyanide salts. When Frankfurt lost its political independence in 1866 as a consequence of the Prussian-Austrian War, Friedrich Ernst Roessler became a Prussian civil servant and withdrew from the separation business. His eldest sons, Hector and Heinrich, both chemists, took over operations. They transferred the separation factory to the chemical-technical laboratory and continued both activities as the company Friedrich Roessler SÃ¶hne.