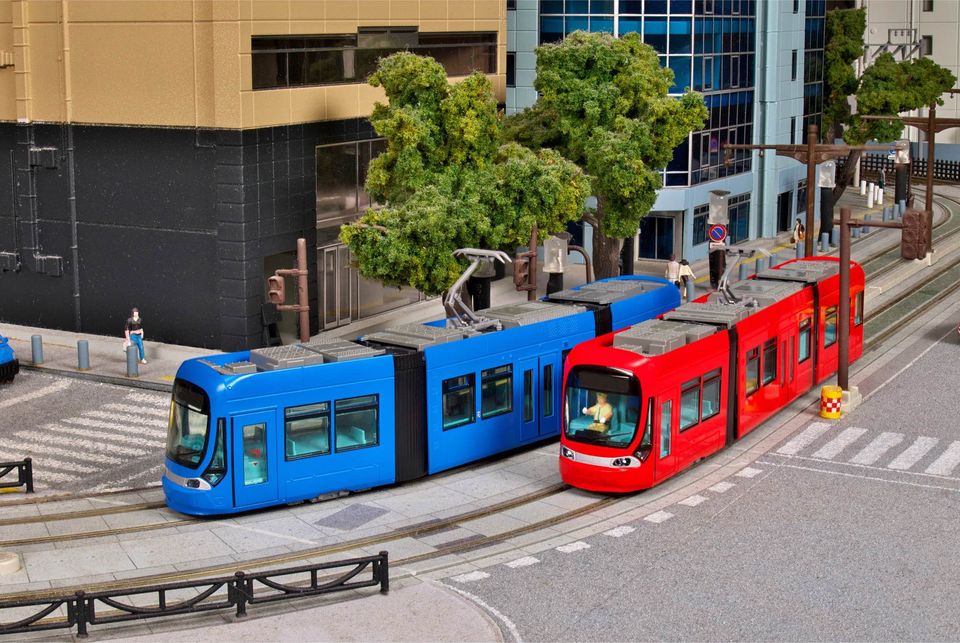 
Model Information: See a video of this train running on youtube.

Hiroshima Electric Railway Co., Ltd. (åºå³¶é»é æ ªå¼ä¼ç¤¾, Hiroshima Dentetsu Kabushiki-gaisha) is a Japanese transportation company established on June 18, 1910, that operates streetcars and buses in and around Hiroshima Prefecture. It is known as "Hiroden" (åºé») for short.From Wikipedia