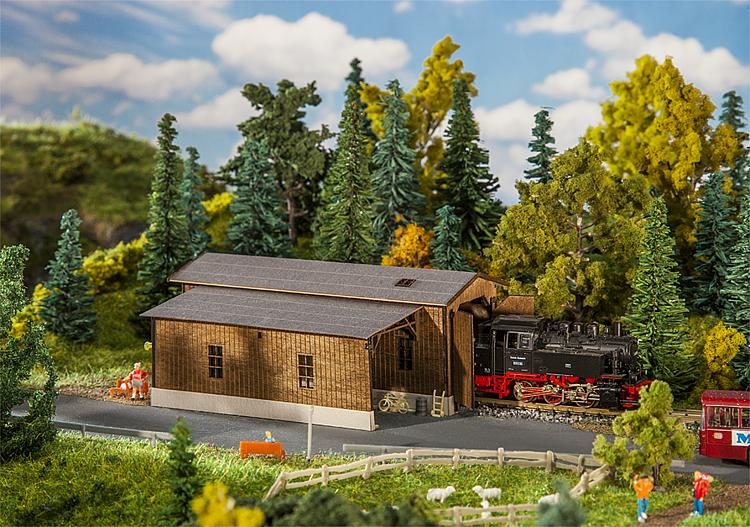 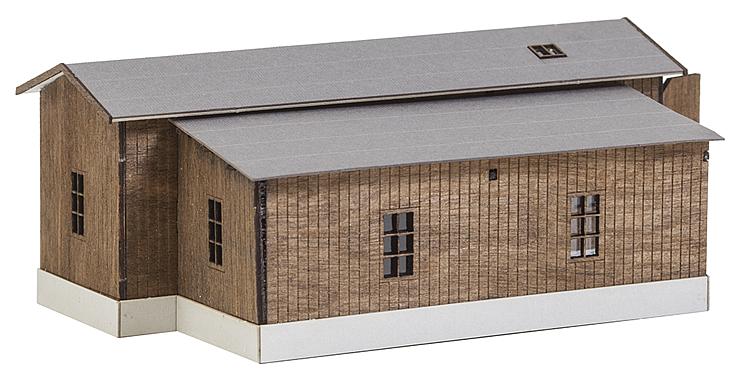 
Specific Item Information: Laser-cut model of a railcar shelter with an annexed building on one side, designed according to an original located in the Black Forest. The roofed yard of that timber construction can be used for instance as a bus shelter or for events such as the Sunday morning meeting to have a Railcar Shed Drink together. This building kit contains: 54 single parts in 3 colours, window foil and 1 construction instruction. Dimensions: 106 x 72 x 43 mm