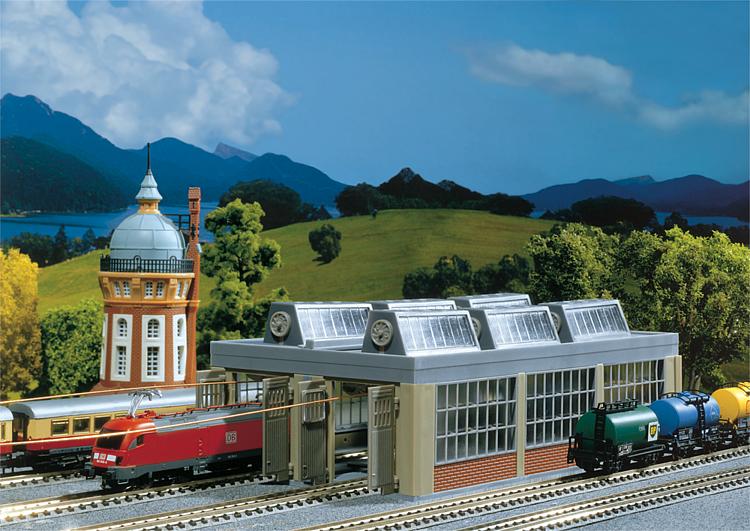 
Specific Item Information: Two-stall engine shed of modern construction, suitable for locomotives up to 160 mm length over buffers. Doors are automatically closed by locomotives pulling in and opened again when they leave. That set contains a ready-made stationary model of an electric engine of 182 series (without drive). Dimensions: 200 x 100 x 68 mm