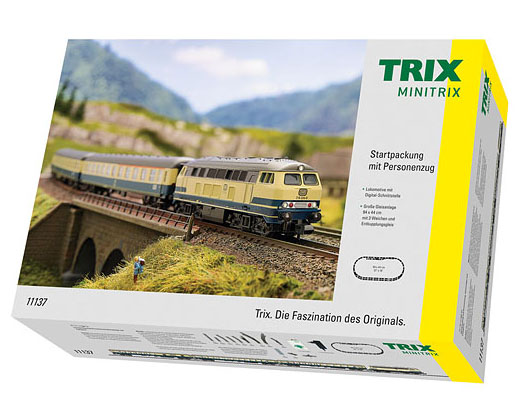 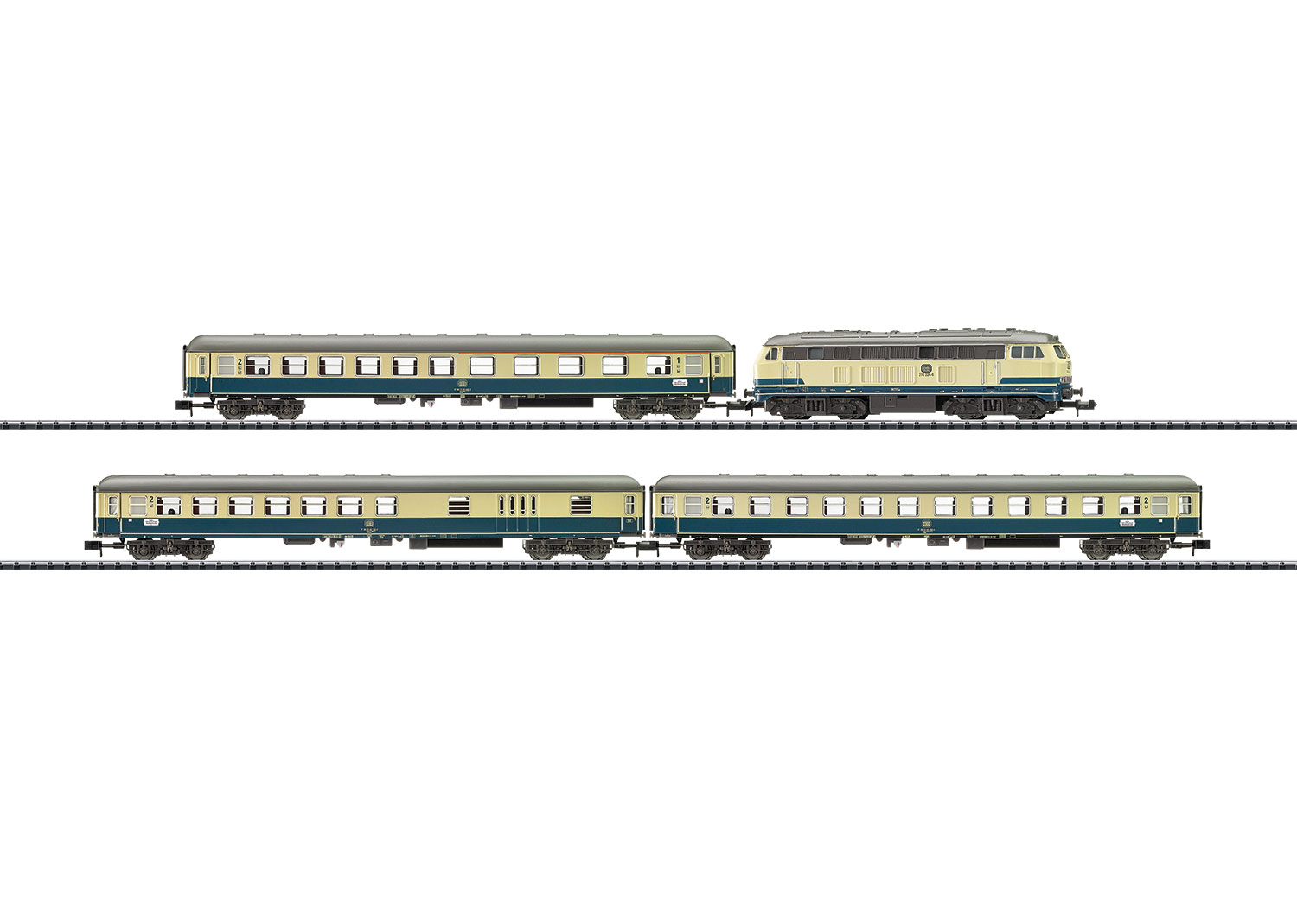 Model: The locomotive has a 14-pin digital interface connector and a 5-pole motor. 4 axles powered. Traction tires. The headlights change over with the direction of travel. The cars have a close coupler mechanism. Total train length 595 mm / 23-7/16". Oval of track 94 x 44 cm / 38" x 18", station set with two curved turnouts and a passing siding as well as a switching set with a siding with an uncoupler track. A locomotive controller, switched mode power pack, and connection hardware are included.

Rail networks in Western and Central Europe are often well maintained and well developed, whilst Eastern, Northern and Southern Europe often have less coverage and/or infrastructure problems. Electrified railway networks operate at a plethora of different voltages AC and DC varying from 750 to 25,000 volts, and signalling systems vary from country to country, hindering cross-border traffic.