Model Information: Bachmann introduced this model in 1983 as a derivative of their 2-8-0 Consolidation introduced in 1980. It is essentially the same engine, with a trailing truck added to the Consolidation to form a Mikado. The USRA tender of the Consolidation was replaced by a Vandy tender on the Mikado, with a truck mounted Rapido coupler.
This model doesn't look too bad for 80's vintage product. This doesn't offset the relative low running quality but does help a little. 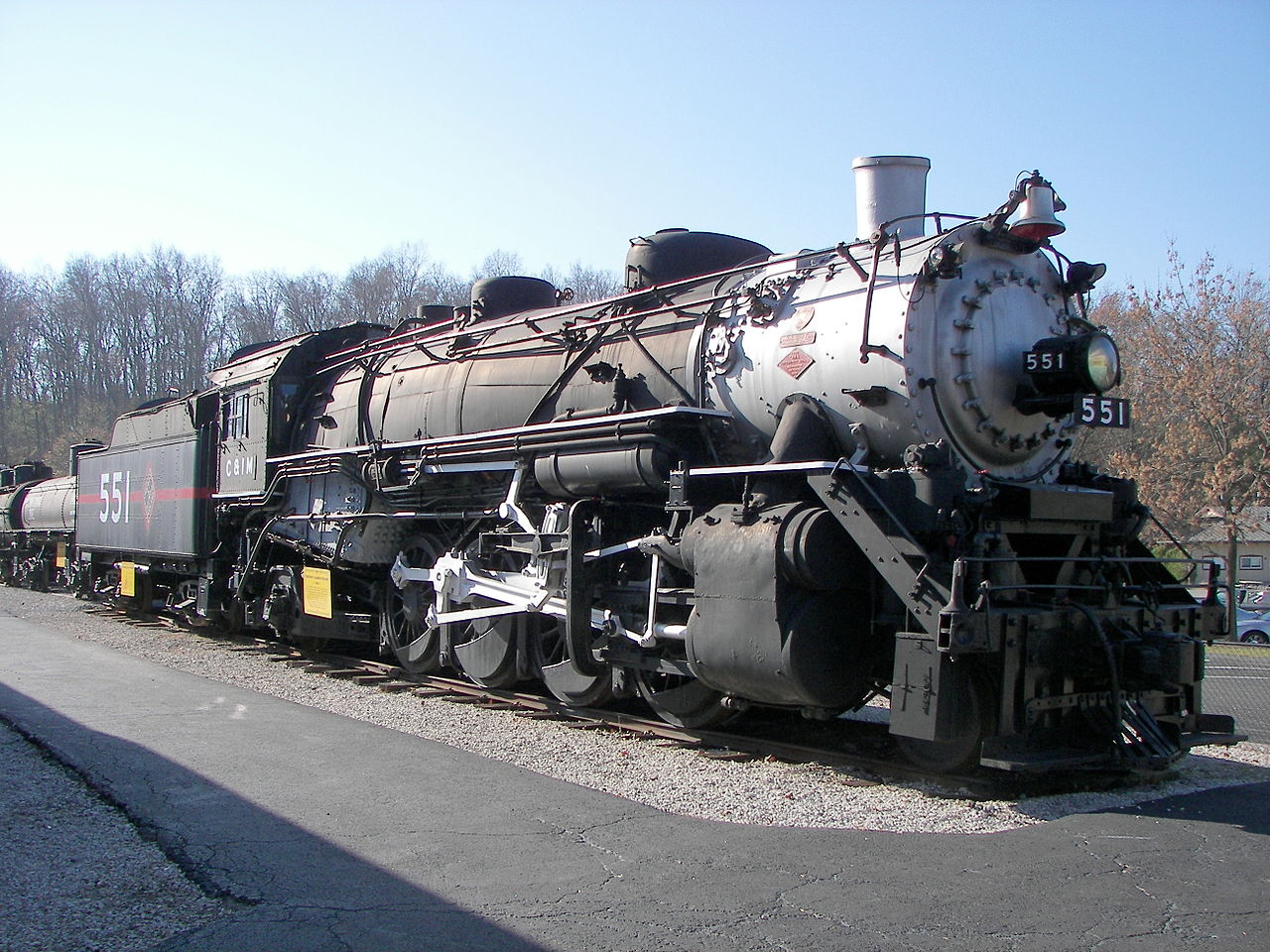 Under the Whyte notation for the classification of steam locomotives, 2-8-2 represents the wheel arrangement of two leading wheels on one axle, usually in a leading truck, eight powered and coupled driving wheels on four axles and two trailing wheels on one axle, usually in a trailing truck. This configuration of steam locomotive is most often referred to as a Mikado, frequently shortened to Mike.
The 2-8-2 saw great success in the United States, mostly as a freight locomotive. In the 1910s it largely replaced the 2-8-0 Consolidation as the main heavy freight locomotive type. Its tractive effort was similar to that of the best 2-8-0s, but a developing requirement for higher speed freight trains drove the shift to the 2-8-2 wheel arrangement.
More than 14,000 were built in the United States, about 9500 of these for North American service, constituting about one-fifth of all locomotives in service there at the time. The heaviest Mikados were the Great Northernâs class O-8, with an axle load of 81,250 pounds (36,854 kilograms).