Model Information: Walthers introduced this model in the 1990s. It was part of the series of Chinese-made models that was developed by Walthers to replace the European models they had been importing. This is the first major release of a steel coil car. Later on, Atlas and Red Caboose would produce their own versions. This model features truck-mounted Rapido couplers and low-profile plastic wheelsets. 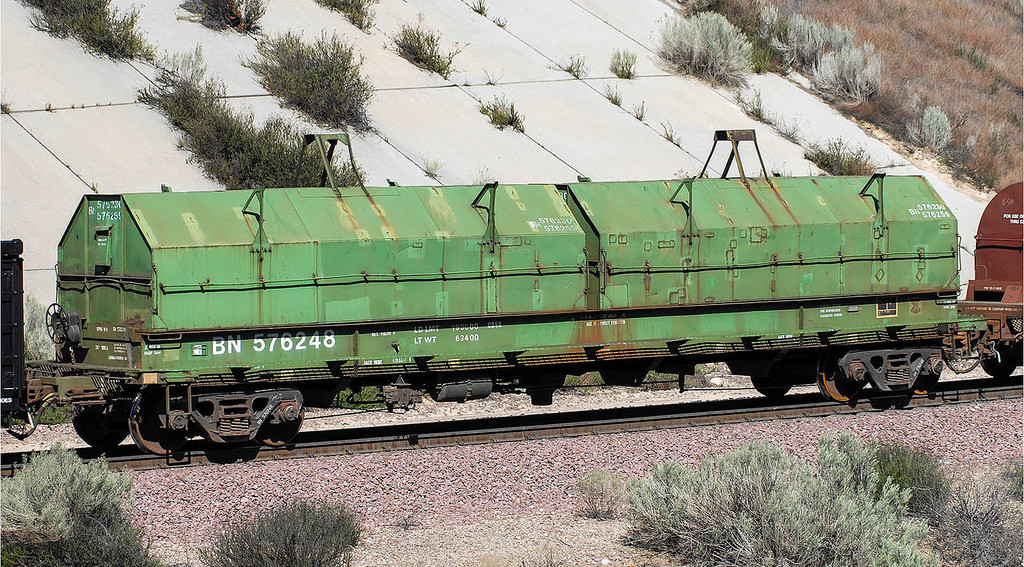 The increased volume of coiled steel transportation gave rise to a new purpose-built freight car. Previously rolls of coiled-steel had generally traveled in specially equipped gondola cars. In the 1960s a lighter type of car emerged specifically for hauling coils of steel in an integral trough. The car type gained popularity and eventually over 17,000 cars were built. One common model was the 48 foot design from Evans.

The new commodity-specific coil-steel car were built with a 100-ton capacity using a trough frame and body. The early designs were refined during the 1960s and eventually Evans adopted a 48-foot length as standard. Production lasted well into the 1970s.