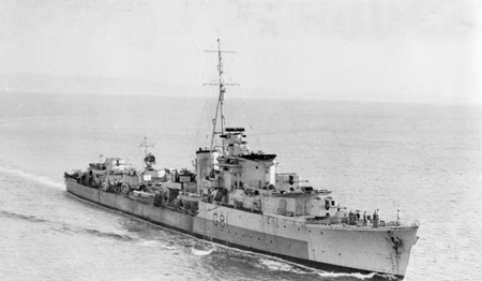 
History: The Q and R class was a class of sixteen War Emergency Programme destroyers ordered for the British Royal Navy in 1940 as the 3rd and 4th Emergency Flotilla. They served as convoy escorts during World War II. Three Q-class ships were transferred to the Royal Australian Navy upon completion, with two further ships being handed over in 1945. Roebuck had the dubious honour of being launched prematurely by an air raid at Scotts shipyard in Greenock, her partially complete hulk lying submerged in the dockyard for nine months before it was salvaged and completed