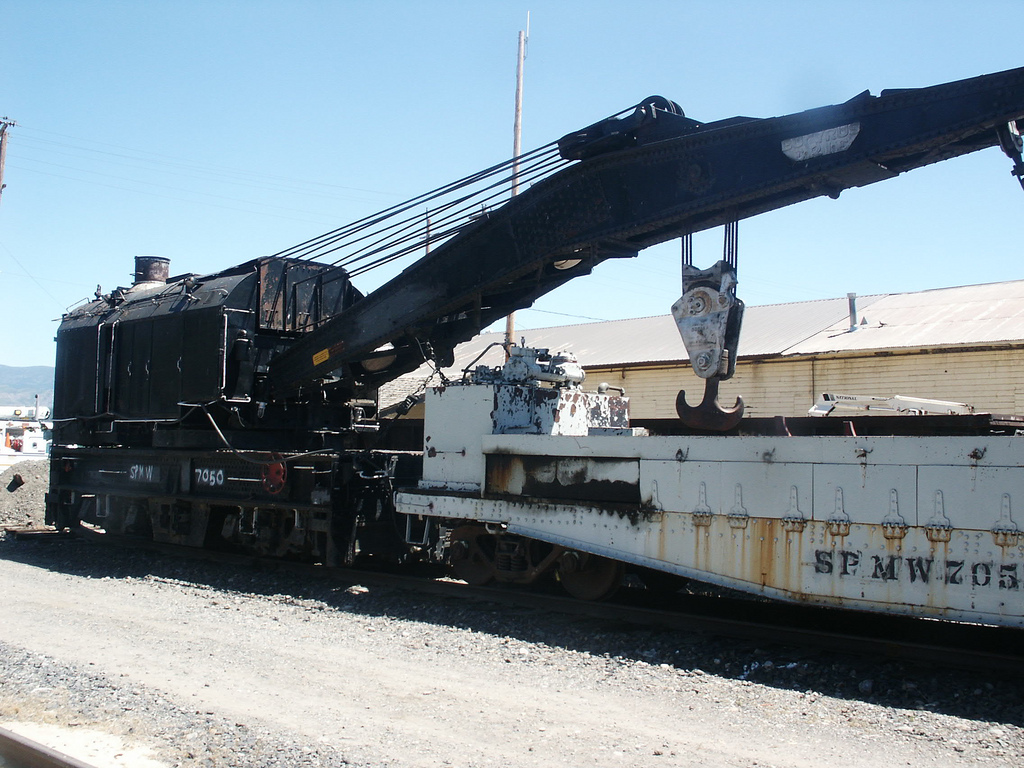 A complete wreck train consisted of a locomotive, a wreck crane, tool cars, and enough bunk and cook cars for personnel required for a particular wreck. Wreck cranes and tool cars were often stationed at strategic points along the railway line. Division terminals were considered strategic points because locomotives and engine, train, and wreck car crews were always available on call. Wreck train equipment had to be prepared for immediate movement. Ties, rails, spikes, and other repair materials are stockpiled at various points. An emergency supply of such items were also loaded in suitable cars and held with each wrecker as part of the wreck train.