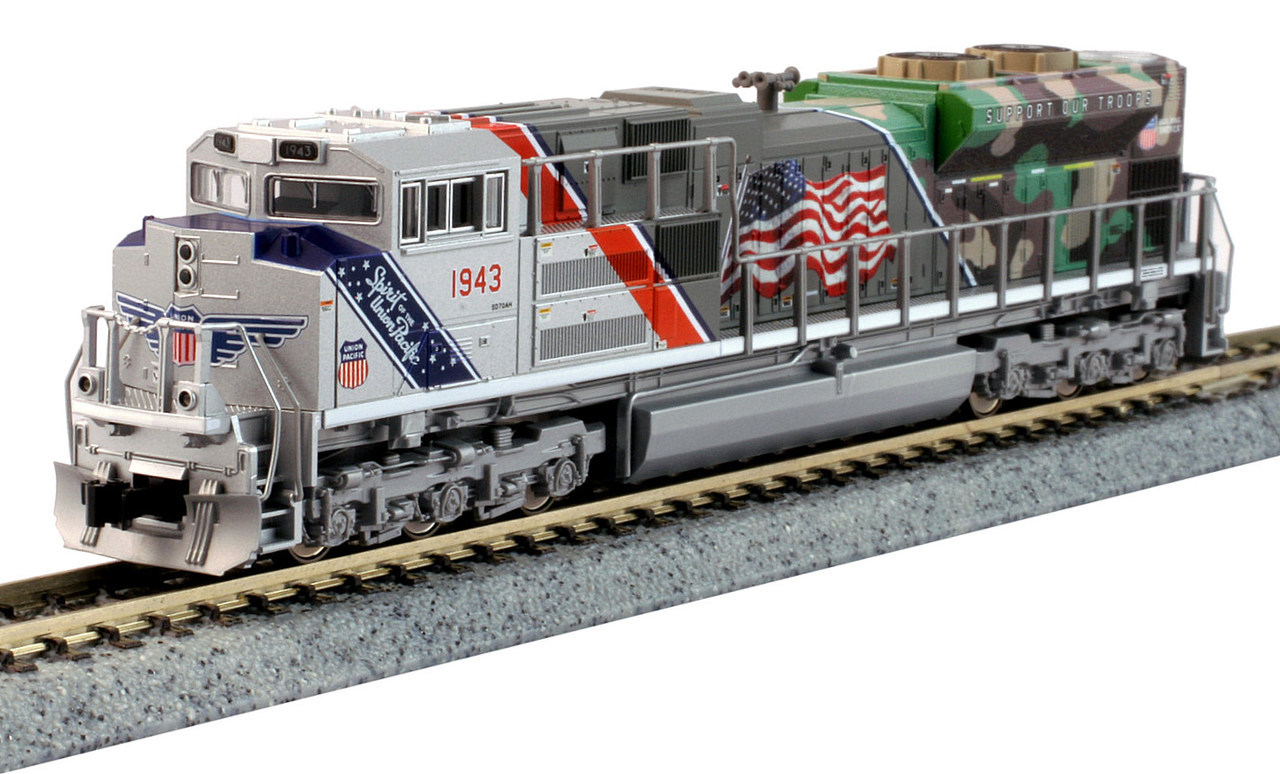 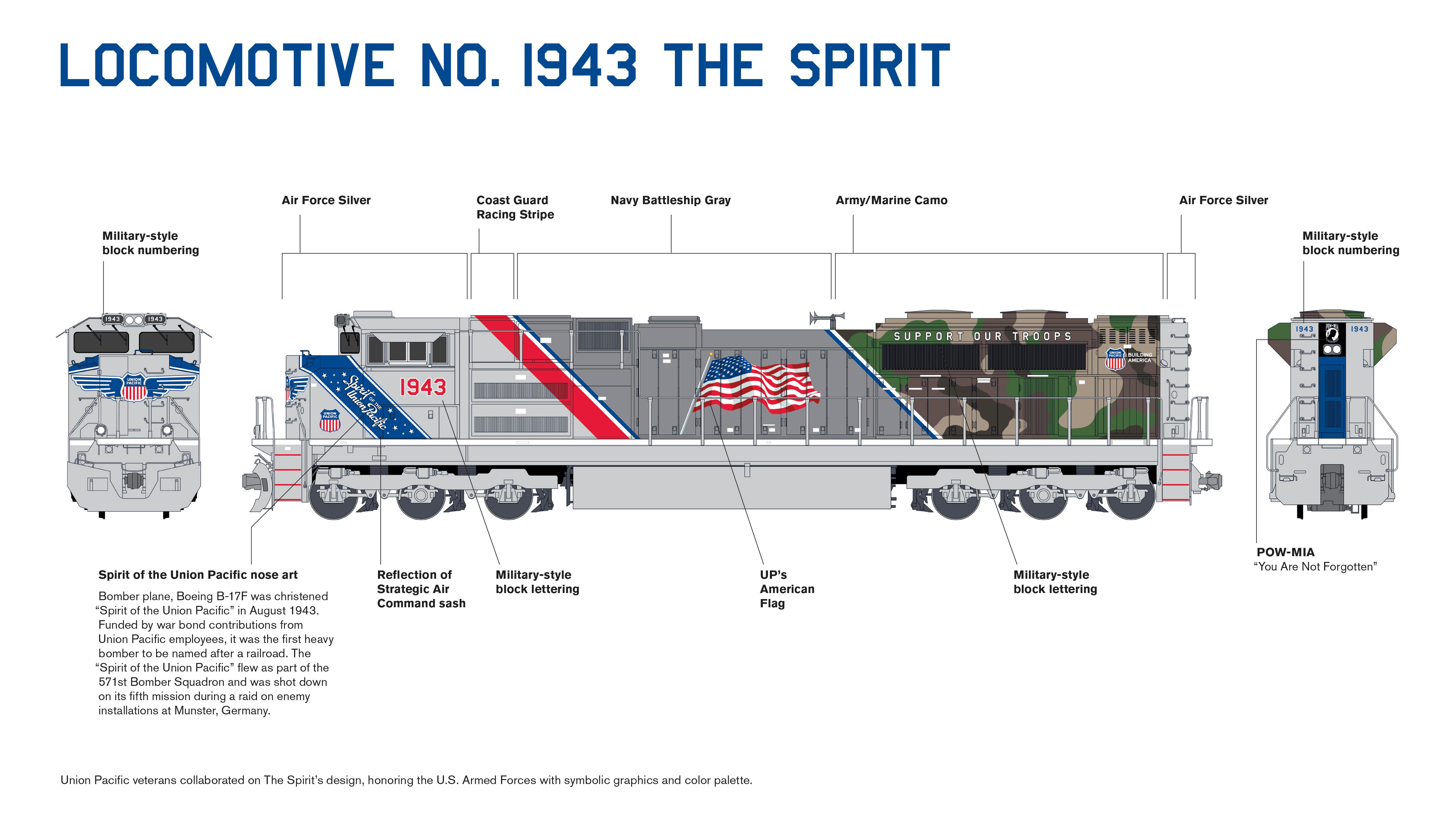 Specific Item Information: The SD70ACe is the latest in the line of EMD's "70" locomotives, an evolution of the SD70MAC, although its radiator design harkens more to that of the SD80/90 body. The SD70ACe has been designed to fit the latest EPA standards and regulations, and sports 4300 horsepower.

The Union Pacific has currently put in the largest purchase order for these units, and as a display of respect for the railroads it has incorporated, has produced six "Heritage" style painted locomotives with road numbers designated by the year they were merged into the UP.

Union Pacific's Locomotive No. 1943, The Spirit, is the 16th commemorative locomotive introduced in the 155-year-old company's history. The Spirit honors the United States' armed forces and the men and women filling their ranks. Created in collaboration with Union Pacific veterans, the locomotive illustrates the railroad's connection to the thousands of veterans who helped build America through the centuries.

Every detail in The Spirit's trade dress incorporates a piece of each U.S. armed forces branch. The Spirit's front is symbolic of Air Force Silver, and the blue stripe is a reflection of the former Strategic Air Command's "nose sash." The lettering inside the sash is the original handdrawn font used on the B-17. It is followed by the Coast Guard's "Racing Stripe" and the Navy's Battleship Gray, which frames Union Pacific's traditional American flag. The military camouflage is a nod to the Army and Marines.

As the train passes by, the final message on the tail is dedicated to U.S. prisoners of war and those missing in action, featuring the POW/MIA symbol and its motto, You Are Not Forgotten.


Model Information: Kato introduced the SD70 model in 2003. The first version was the SD70MAC. They followed up in 2005 with the SD70M. In 2006 they added the 'Flat Radiator' SD70M version. In 2009 they introduced the SD70ACe and revised the SD70M. All versions of this model share the same internal mechanism and only show minor differences in the shell. The internal mechanism was heavily revised/evolved in the 2009 release.

The SD70ACe AC-traction diesel locomotive (most in the industry simply call them SD70 "Ace" or "Aces") is the successor to the older SD70MAC. It was first introduced in 2004, and has been in production since 2005. It was originally designed to comply with EPA Tier 2 locomotive emissions regulations. Beginning in 2012, newly built SD70ACe's were EPA Tier 3 compliant. SD70ACes are equipped with EMD's 16-710-G3C-T2 prime mover, rated at 4,300 horsepower (3,200 kW); later Tier 3 models are rated at 4,500 horsepower (3,400 kW). The model is still in production as EMD's primary long-haul domestic locomotive.