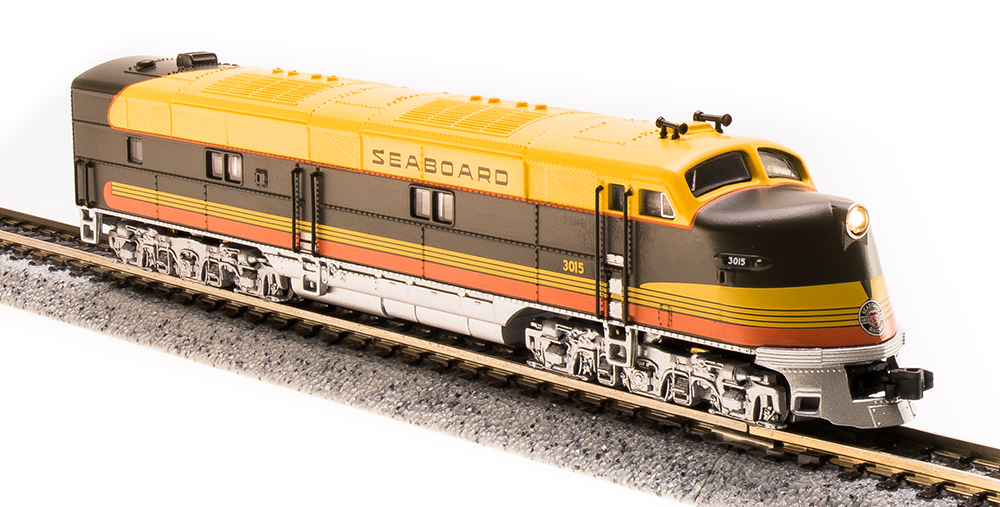 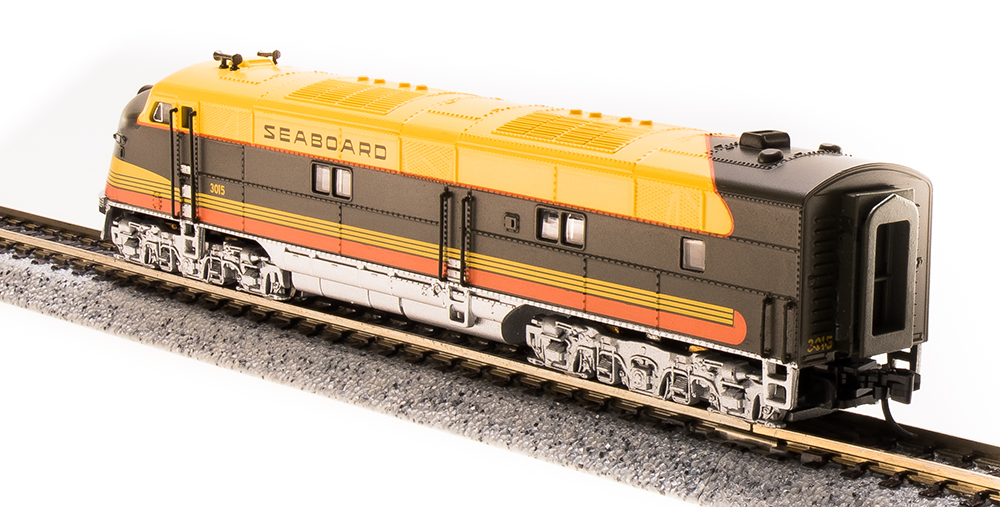 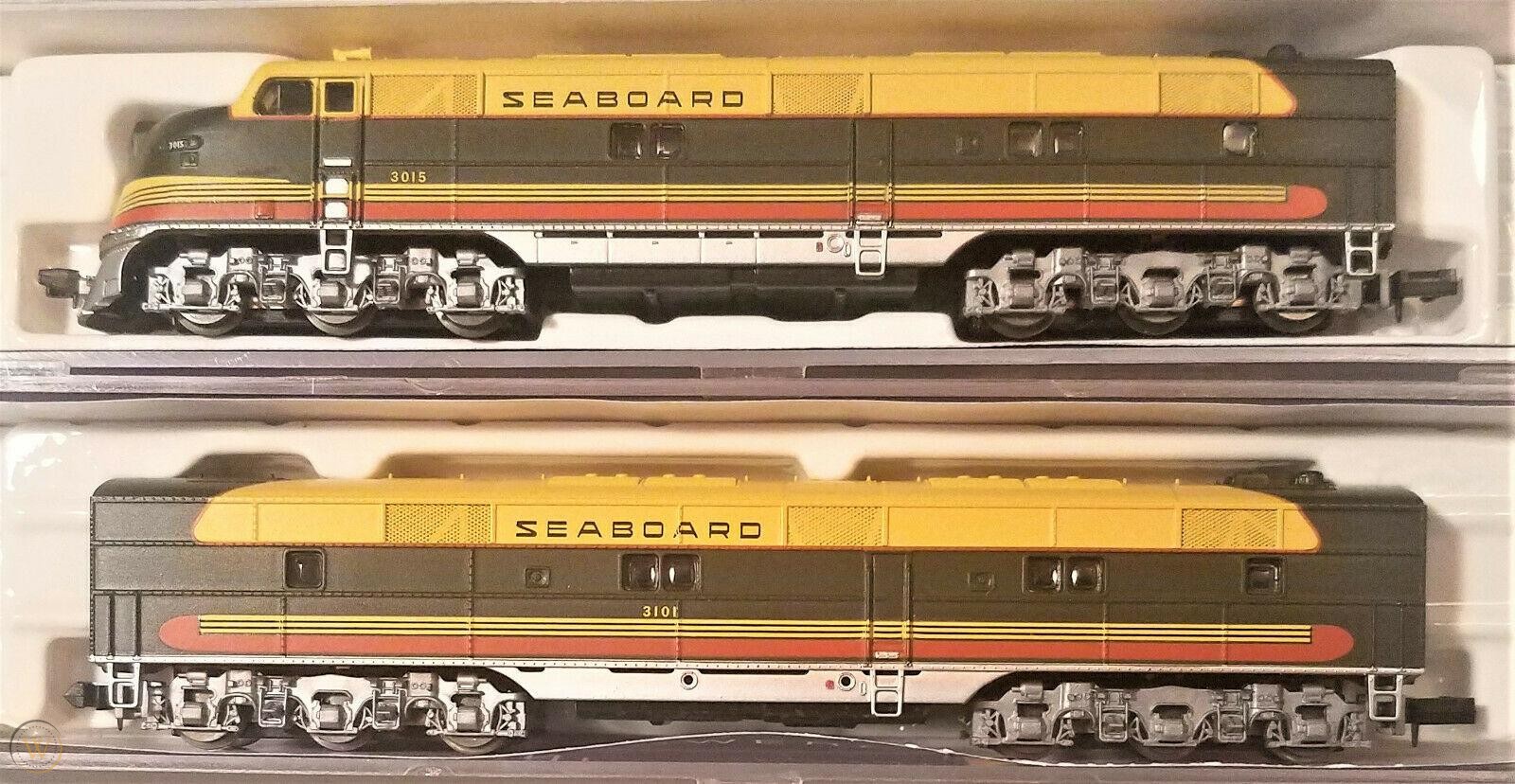 Specific Item Information: No error, the prototype of this SAL engine is an EMD E4. The E4 has a unique door nose, that is not represented on the BLI model that however remains an E6 body style. 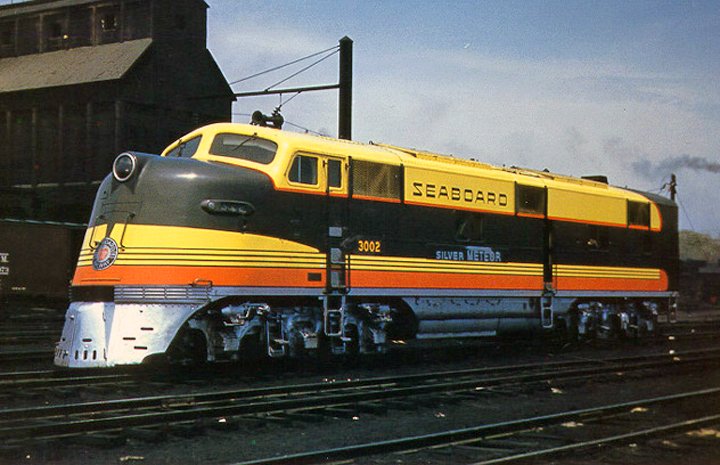 The EMC E4 was a 2,000 horsepower (1,500 kW), A1A-A1A passenger train-hauling diesel locomotive built by the Electro-Motive Corporation of La Grange, Illinois. The E4 was the fifth model in a long line of passenger diesels of similar design known as EMD E-units. The 2,000 hp (1,500 kW) was achieved with two EMC model 567 V12 engines developing 1,000 hp (750 kW), each engine driving its own electrical generator to power the traction motors.

Electro-Motive Corporation manufactured the E4s only for the Seaboard Coast Line railroad and its new streamliner, the Silver Meteor, which debuted in 1939.

The front noses of the EA, E1A, E3A, E4A, E5A, and E6A cab units had a pronounced slant when viewed from the side. Therefore, these six models have been nicknamed "slant nose" units. Later E-unit models received the same blunted "bulldog nose" as the F-units. Ironically, the E4 was produced before the E3. Both models were identical, save for the E4 having a pneumatically-operated nose door passageway in order to facilitate crew movement between units in a locomotive consist. All the E4s were retired and scrapped by 1964.