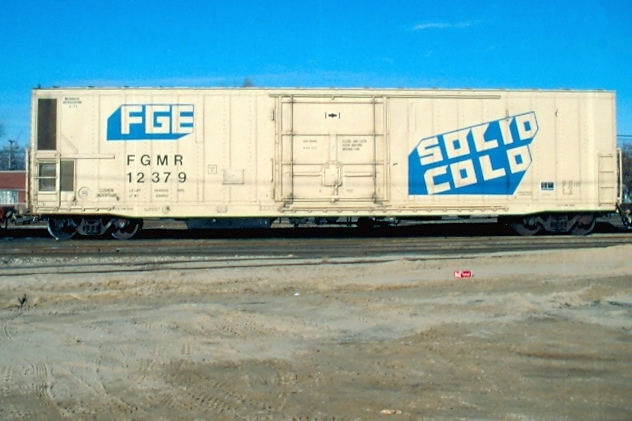 History: One of the greatest freight car innovations of the 20th century was the creation of the refrigerator car, commonly referred to as a âreefer.â The ability to haul perishables such as fruits, vegetables and meat products across the country was a major factor in the development of modern America. No longer did food have to be produced close enough to urban areas, so that it could be consumed before spoiling. At the same time, areas with additional capacity for agricultural production could produce more food, since it did not have to be sold locally.

For many years, reefers relied on ice bunkers to keep loads cool. After World War II, technological advances made mechanical refrigeration practical for a freight car. In addition, a mechanical reefer could be larger than an ice reefer because of the greater cooling capabilities.

Fruit Growers Express owned the largest fleet of reefers in the East. FGE was owned by a group of ten railroads, with Atlantic Coast Line and Southern being two of the largest original owners. Many of FGE cars were built at its Jacksonville Shops, including these 57â smooth-side mechanical reefers.

Fruit Growers Express (FGE) was a railroad refrigerator car leasing company that began as a produce-hauling subsidiary of Armour and Company's private refrigerator car line. Its customers complained they were overcharged. In 1919 the Federal Trade Commission ordered the company's sale for anti-trust reasons. The company is now controlled by the CSX Corporation.

Incorporated on March 18, 1920 the firm took possession of 4,280 pieces of rolling stock, repairs shops at Alexandria, Virginia and Jacksonville, Florida, and numerous ice plants and other facilities scattered throughout the East Coast on May 1. By year's end, the Chicago and Eastern Illinois, New Haven, and Norfolk and Western railroads became major stockholders.

In order to compete with the Pacific Fruit Express and Santa Fe Refrigerator Despatch in the west, FGE and the Great Northern Railway formed the Western Fruit Express (WFE) on July 18, 1923, a move that added 3,000 cars to the equipment pool. By 1926, FGE had expanded its service into the Pacific Northwest and the Midwest through the WFE and the Burlington Refrigerator Express (BREX), its other partly owned subsidiary (formed in partnership with the Chicago, Burlington and Quincy Railroad (CB&Q) on May 1). That same year, FGE purchased 2,676 36-foot-long (11 m) reefers from the Pennsylvania Railroad.