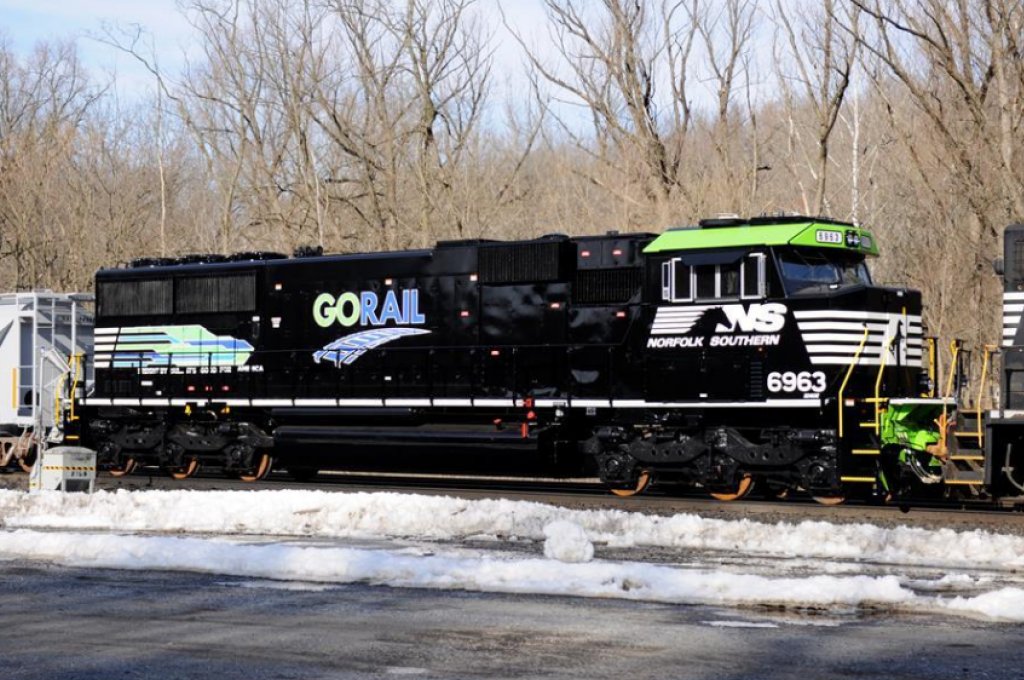 
History: In the late 2000âs, Norfolk Southern looked for ways to increase the life of their SD60 fleet. One factor NS had for them was their venerable Juniata Locomotive Shop in Altoona, Pa, which has the ability and a proven history of rebuilding just about any type of locomotive. Enter the âSD60Eâ, which would take SD60 cores (The first 240 planned would be from standard cab SD60âs, which was a mixture of NS and former lease locomotives) and add a new cab designed by NS, which was called a âCrescent Cabâ. The locomotive received upgrades to the motor, fuel tank (On earlier rebuilds), and microprocessor controls to name a few. The first SD60E rolled out in 2010 as number 6900, which was rebuilt from NS 6653. Soon, more would follow and the current totals are at 136 rebuilt so far (NS 6900-7035). More rebuilds are planned into 2019 and eventually their SD60M and SD60I fleet will be rebuilt. What makes the SD60E even more unique from their browed cabs, is that three locomotives wear commemorative schemes honoring, Veterans, First Responders, and the âGORAILâ project. Atlasâ representation captures every detail, right down to the PTC Antenna Array on top of the cab roof.