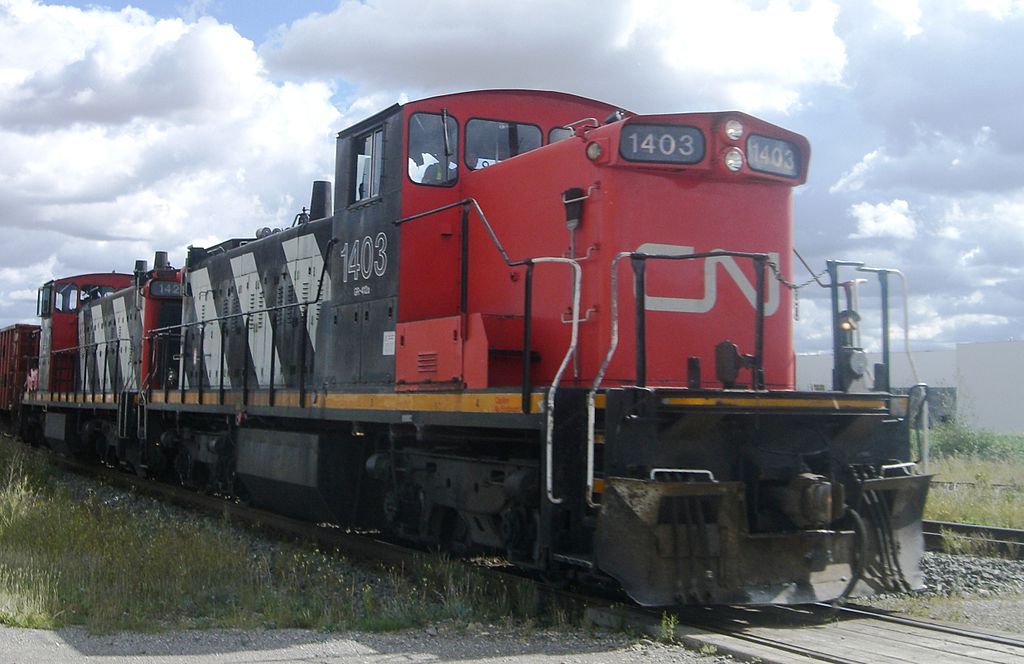 History: The GMD GMD-1 is a diesel locomotive originally produced by General Motors Diesel (GMD), the Canadian subsidiary of General Motors Electro-Motive Division, between August 1958 and April 1960. This switcher locomotive was powered by a 12-cylinder EMD 567C diesel engine, capable of producing 1,200 horsepower. The GMD-1 was built on either Flexicoil A1A-A1A (for light rail prairie branchlines) or Flexicoil B-B trucks. 101 examples of this locomotive were built for Canadian railways. 96 went to Canadian National Railway and the remaining 5 went to Northern Alberta Railways (that later became part of CN's fleet when they acquired majority interest in NAR).

General Motors Diesel, Limited, was created in 1949 as the Canadian subsidiary of the Electro Motive Division of General Motors located in the United States. Tariffs protected Canadian manufacturers against imported goods, thus many companies wanting to do business in Canada set up controlled or wholly owned subsidiaries in Canada. Montreal Locomotive Works (MLW) in Montreal, Quebec, was created for just this reason building steam locomotives and later diesel (diesel-electric) locomotives to the designs of U.S. parent Alco (American Locomotive Company). Likewise, the Canadian Locomotive Company (CLC) in Kingston, Ontario built steam and diesel locomotives to their own designs, and those of other manufacturers such as Baldwin Locomotive Works and later Fairbanks-Morse.

General Motors Diesel Ltd. became the Diesel Division of General Motors of Canada Ltd. on February 1, 1969, in a consolidation of all Canadian properties. On April 4, 2005, GM sold its EMD subsidiary and the former GMD plant in London and the EMD plant in La Grange to a partnership between Greenbriar Equity Group LLC and Berkshire Partners LLC. The new owners announced that EMD would be keeping its initialization, however the company was being renamed to Electro-Motive Diesel, Inc. Electro-Motive Diesel, Inc.'s Canadian operations in London are now referred to as Electro-Motive Canada. The plant was closed in 2012, after a labor dispute and construction of a new plant in Muncie, Indiana.