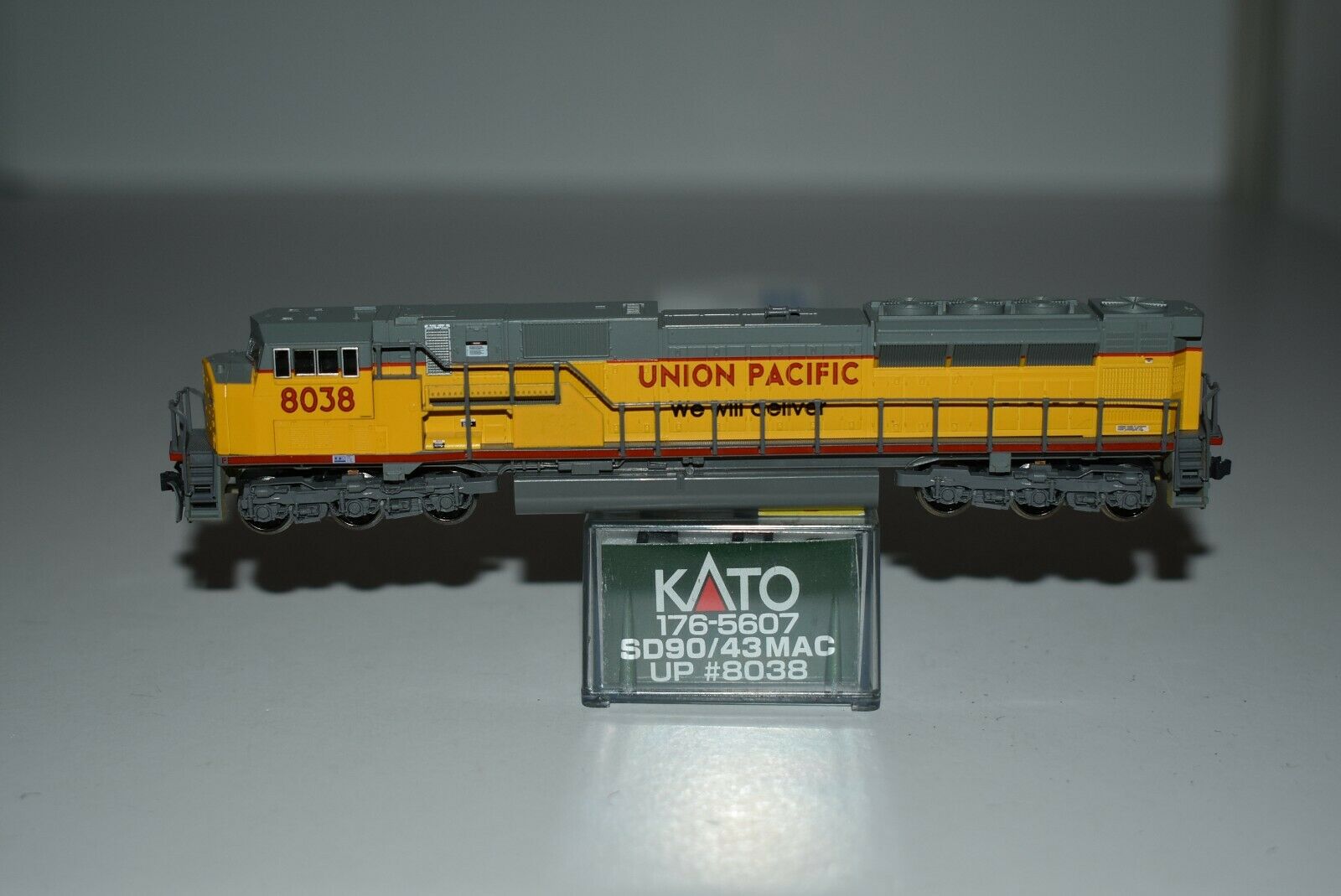 Model Information: Katoâs web site says âThe cars we're offering now follow Chicago Burlington and Quincy Railroad prototypes and were built by the Edward G. Budd Company of Philadelphia, PA, between 1938 and 1956. Finding prototypes that are common to a number of railroads proved to be a challenge, as a large share of the prototype cars tended to be custom designed for a particular service on each railroad.â

In the post-war period, passenger rail service boomed. In order to increase efficiency, the railroads set to replacing their old wood, steel and concrete heavyweight passenger cars with newer lightweight, streamlined cars. The new cars were made from stainless steel, aluminum and Cor-Ten steel. These cars required less motive power to pull and were cheaper to manufacture. Production was also concentrated in a few manufacturers rather than each railroad making its own. This led to standardization which further reduced costs. The new "lightweight" cars were also given "streamlined" designs to make them more visually appealing. Budd, Pullman Standard and ACF were all well known manufacturers of these cars. Budd was well known for their corrugated cars (for which they held a patent).

Also known as Private Cars, Business Cars have existed since the early days of railroading. They are generally self-contained with office, meeting room, track inspection, entertainment, dining and sleeping facilities on board for railway officials and their invited guests. Assigned to key railway personnel for the purpose of inspecting track and traveling on company business, these cars were often handled on the rear of a convenient regularly scheduled passenger run. Today, it is not uncommon to see them at the back of an Amtrak or freight train.