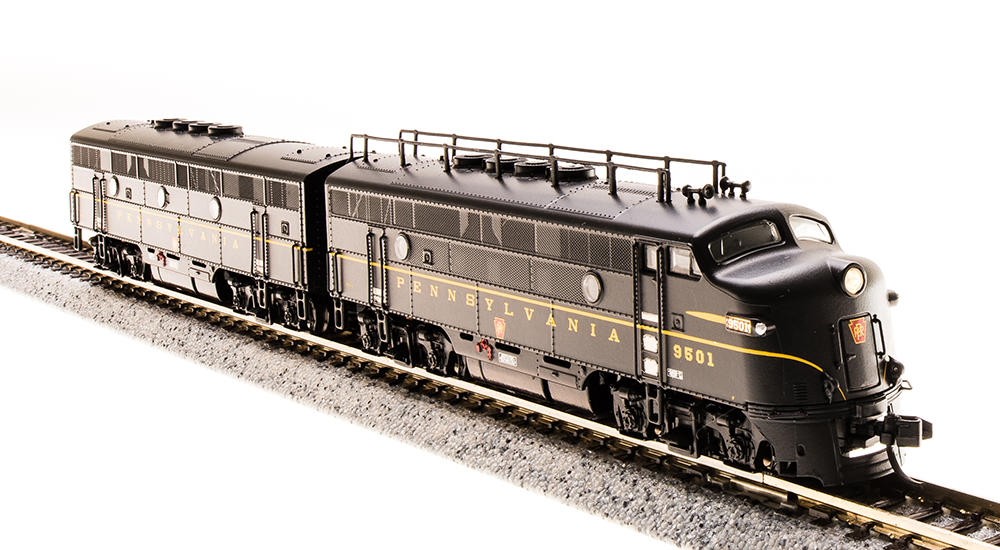 
Model Information: EMDs F3s began showing up on the rails just as World War II was ending. As the wartime restrictions were being lifted, a tremendous burden was placed on the railroads as economic prosperity began to take off across the U.S. The days of the glorious steamers were numbered as many railroads were in dire need of motive power replacements. Add the economic advantages the F3s offered to the railroads, and the rest is history. Progress is always served. The 1500 horsepower F3s were remarkably proficient at both heavy freight as well as fast-passenger service. With a body design that defines what many consider to be the most attractive diesel ever produced, the F3 offered a large canvas for the wonderfully imaginative and colorful paint schemes that many railroads proudly utilized to show off their passenger trains. EMD was to build 1107 A units and 694 B units before production was changed to the newer F7s in February of 1949.