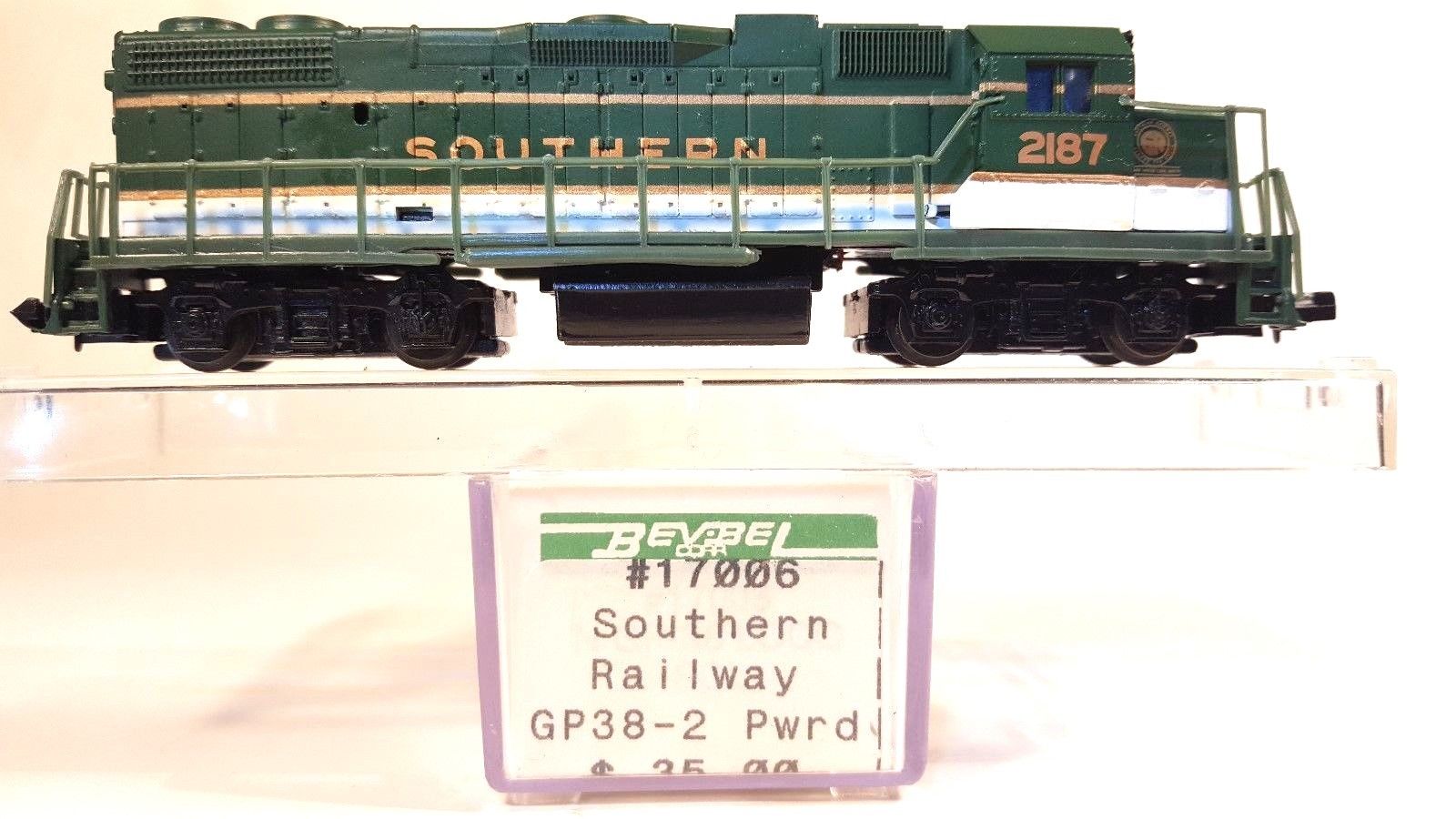 
Model Information: This model was first released by Life-Like in 1988. It was later made by Life-Like for Bev-Bel in the early 1990's. It was overhauled in 2006. After the acquisition by Walthers, it was again updated in 2015 and sold under the Walthers N brand. This has always been an economy model that runs well and doesn't cost as much as the Kato and Atlas equivalents.

The original design was a simple open-sided 5-pole motor with weights and truck-mounted rapido couplers. The 2006 version went to a split frame design with flywheels, LED lights and body mounted Accumate couplers. The motor is NOT isolated from the frame so this version is not DCC-Ready. The 2015 version does accept a drop-in decoder and is DCC-Ready. This most recent Walthers version has Micro-Trains couplers.


DCC Information: The early 1988 version is not DCC anything.
The 2006 redo is marginally DCC-Friendly. A DCC decoder installation for this version can be found on Brad Myers' N-scale DCC decoder installs blog and in this article. Using a drop-in decoder for Atlas locos is also possible, pending some modification of the chassis and some soldering, as shown on the same article.