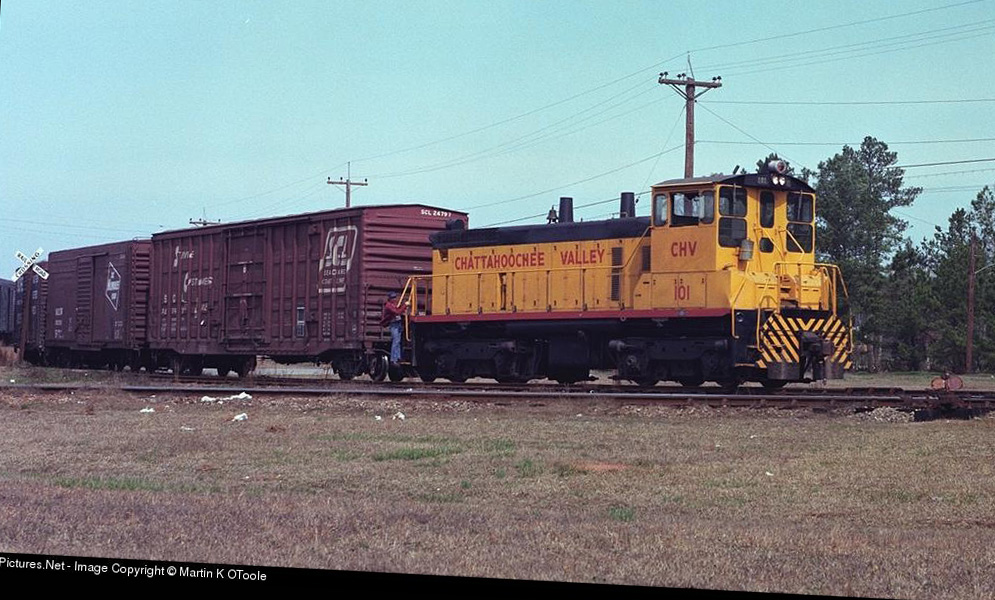 The Chattahoochee Valley Railway (reporting mark CHV) was a shortline railroad linking a number of textile mills between West Point, Georgia and McGinty, Alabama for a total distance of 9.5 miles (15.3 km). As a subsidiary of West Point Pepperell, the entire railroad was abandoned in 1992.

The CHV opened in 1895 operating in the Lanett, Alabama area (just across the Georgia border near West Point.) They reached their maximum length of 45 miles in 1916. By 1973, they were down to 10 miles. Traffic was provided by several textile mills. The CHV closed their doors in 1992 and the track was removed shortly thereafter.