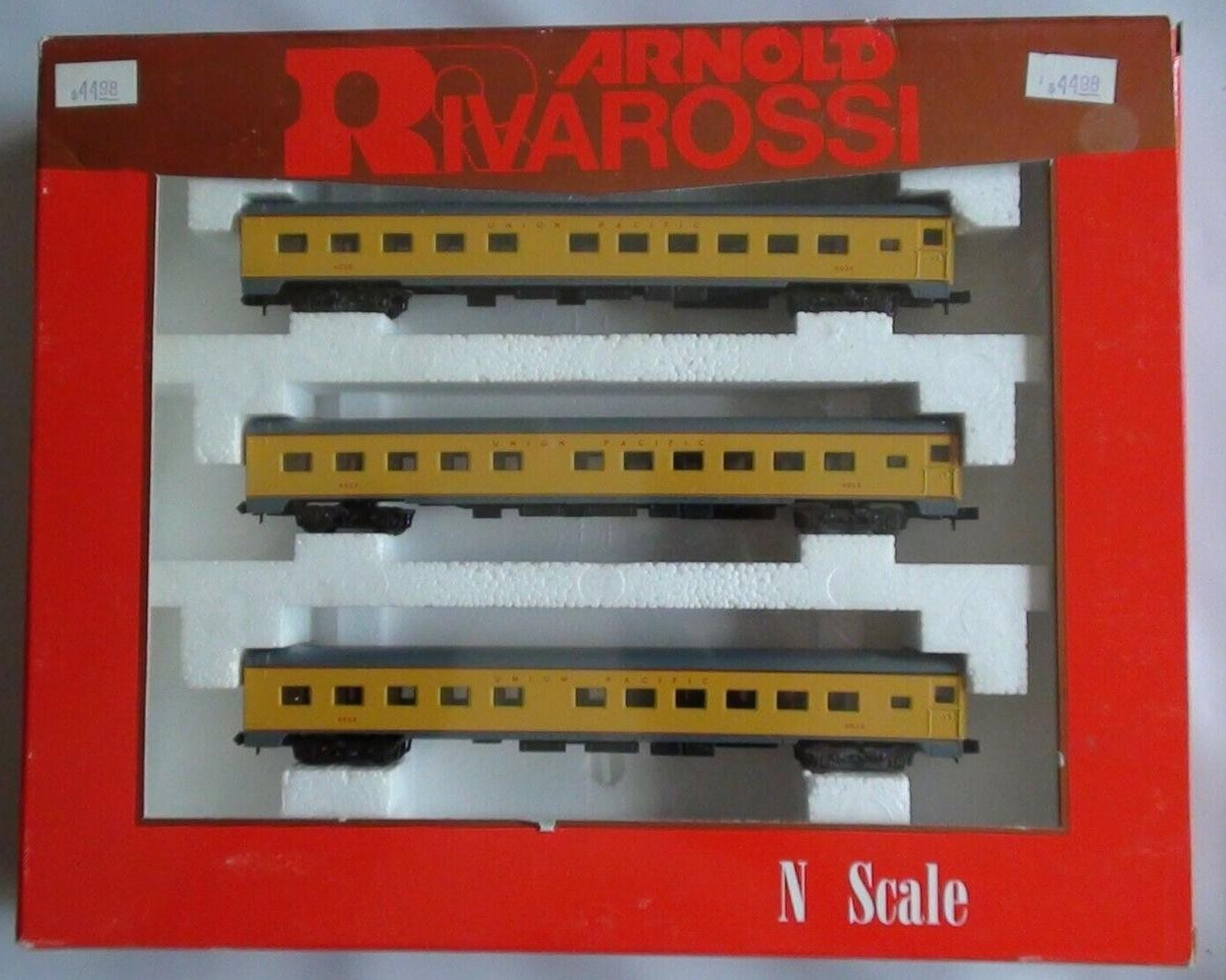 Model Information: The Rivarossi passenger car sets typically came with an assortment of three cars. In many cases each of the three cars were a different body style, but in some cases, the same car might appear multiple times but with different road numbers. The duplicates were typically with coaches where this would be desirable. All three cars would be from the Rivarossi smoothside series and all three carry the same road name and paint scheme.