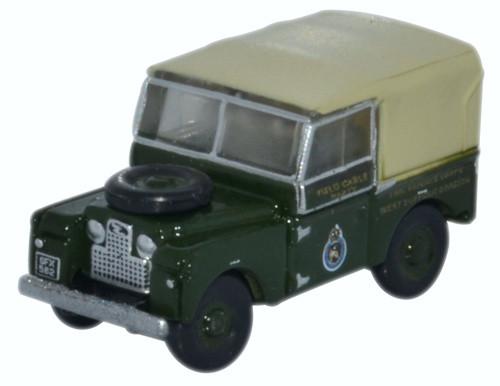 Specific Item Information: Oxford Diecast N NLAN188008 Land Rover Series 1, SWB (Short Wheel Base) 88", Civil Defence, Auxiliary Fire Service (AFS)
Decorated in the signature Land Rover green with beige canvas back and characteristic radiator grille, this model is decorated as used by the Civil Defence Corps, Suffolk Division, whose crest is printed in full colour on the doors. Registered SFX 582, its role is that of the Field Cable Party. An additional board along the side is printed with West Suffolk Division, while further lettering makes it clear that the vehicle is the property of the Home Office!


Prototype Description: The Land Rover, launched in 1948, was an instant hit and continues to be the workhorse for anyone involved in heavy duty, rural or off-road environment. Its use extended to public bodies as well.
Rover chief engineer Maurice Wilks was inspired by his army-surplus Willys-Overland Jeep to create a workhorse vehicle for military and agricultural use - and for export abroad to kick-start both Rover's fortunes and the national economy after World War II. Prototypes were up and running by late 1947, and production of the Series I began at Solihull in summer 1948. It had permanent four-wheel-drive with low-ratio gearing and a locking freewheel mechanism, and a 50bhp, 1.6-litre engine from the Rover P3 saloon. It was fitted with lightweight body panels made from surplus aircraft-grade aluminium - steel was in short supply post-war - and came with army-surplus green paint. The Land Rover price started from just Â£450. Supply to the British forces started in 1949, the Land Rover replacing the Austin Champ and later, the rust-prone Austin Gipsy. Deliveries to organisations such as the Red Cross soon followed. The 100,000th Land Rover was made in autumn 1954 and by 1958, production ran to around 200,000.
Read more on Wikipedia. 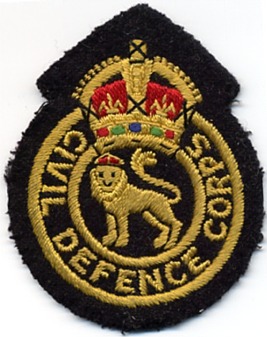 Many countries around the world have civil defense organizations dedicated to protecting civilians from military attacks and providing rescue services after widespread disasters. In most countries, civil defense is a government-managed and often volunteer-staffed organization.
Read more on civil defense by country on Wikipedia.

In Great Britain, the Civil Defence Corps (CDC) was a civilian volunteer organisation established in 1949 to mobilise and take local control of the affected area in the aftermath of a major national emergency, principally envisaged as being a Cold War nuclear attack. By March 1956, the Civil Defence Corps had 330,000 personnel. The CD Corps were to be âstood downâ on 31 March 1968.
Read more on CDC on Wikipedia and on Civil Defence Association website.