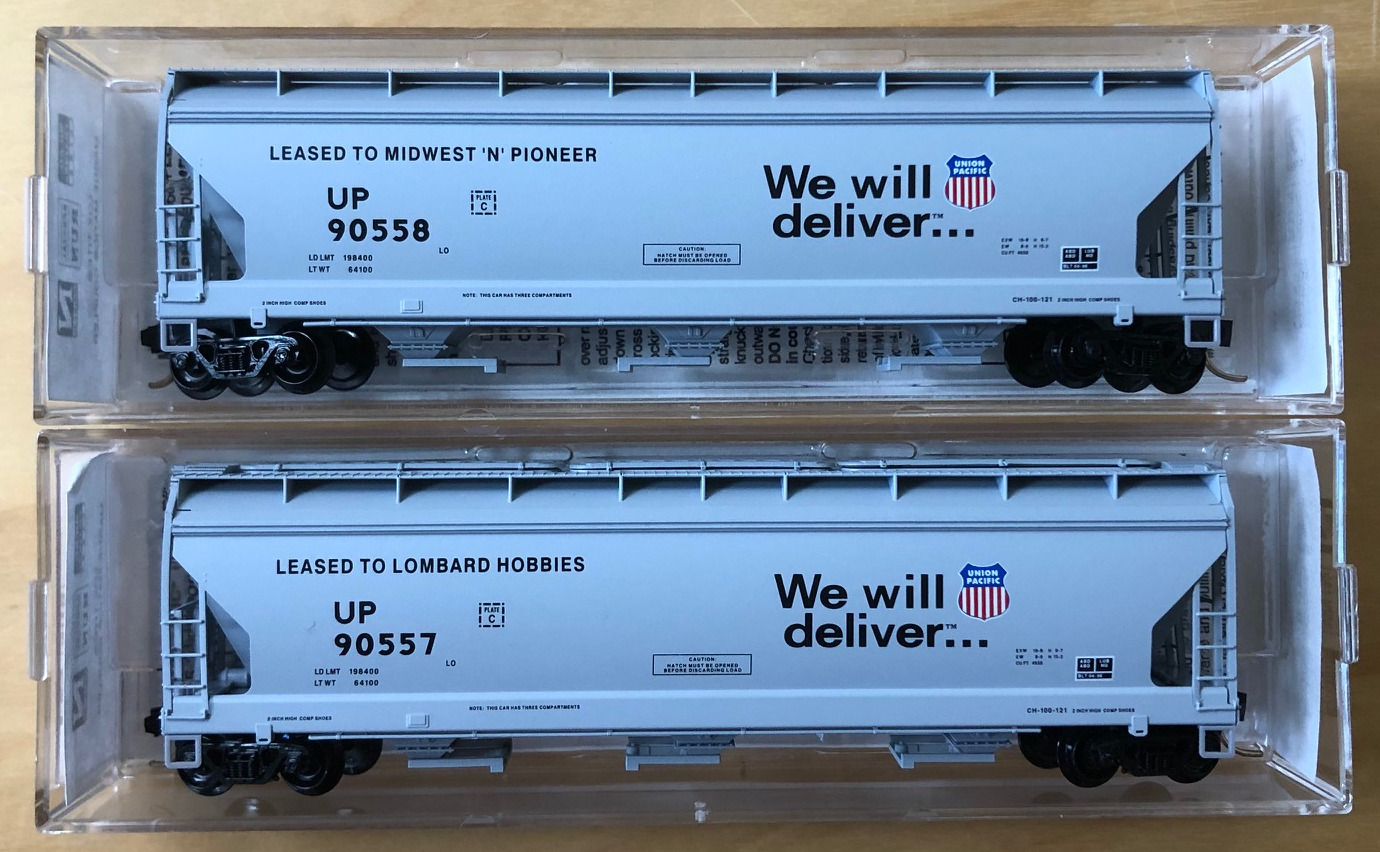 
Model Information: This Chinese-made Life-Like model is similar to other 8-window offset-cupola steel cabooses made by other manufacturers. It has five windows on one side and three windows on the other (as well as windows in the cupola) which makes it similar to models made by Roco for Minitrix in the 1960s and Atlas-made offset cupola cabooses made from the late 1970s onward.
Caboose underside reads Life-Like Made In China.