Model Information: This Model Power tooling is a Chinese knock off of the New Jersey made 1976 vintage Atlas PS-1 boxcar. It was also imported by Life-Like. We are not sure of this was a deal struck between Model Power and Life-Like (who were presumably competitors) or if the Chinese factory simply decided to sell to Life-Like as well as Model Power. The Life-Like models are identical to the Model Power models.

Model Power re-ran their previous Mehano-made models with this new tooling, using the same roadnames and numbers and the same stock number. The main difference between the Mehano and the Chinese molds can be observed on the door. The best way to distinguish them remains however the marking on the under-frame (Yugoslavia or Hong-Kong)

This model is of equivalent quality to the Atlas version (perhaps even sharper molding and lettering). It likely appeared in the late 1980s when Model Power contracted with Chinese manufacturers to replicate various successful toolings from Europe (Roco, Lima) and the US (Atlas). Like all of this group of models, these care feature Rapido couplers attached to trucks with injection-molded plastic wheels. Most of these models look fine on a modern layout and will run well once you swap the Chinese trucks for MTL Bettendorf truck/couplers. 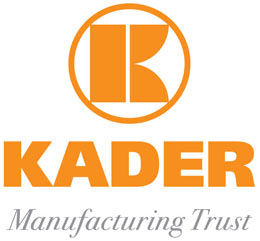 Kader Industrial Company Limited was founded in Hong Kong in 1948 by Ting Hsiung Chao. It was listed on the Hong Kong Stock Exchange in 1985 and presently trades under the name of "Kader Holdings Company Limited".

The company today is one of the world's largest manufacturers of toy and hobby railways, and also has wider manufacturing interests as well as substantial investments in property. The vision of Mr. Ting Hsiung Chao is shared by the Ting family, which continues to lead the Kader Group. Kader's initial focus product was to manufacture plastic flashlights, which at the time were a novelty.