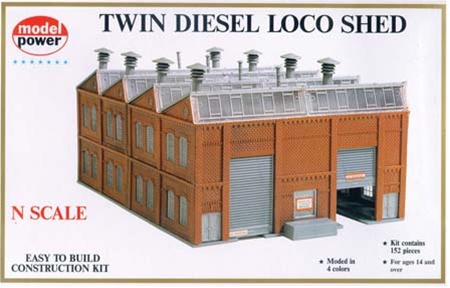 
Model Information: Several Model Power structures are re-branded versions of European models (Pola N (now Faller), Piko, etc.)
Note: Indicated original retail prices have been collected on various recent on-line price lists, as no other source was found. They might not necessarily reflect the original price when the item was effectively released, but give an indication for pricing in the last two decades.