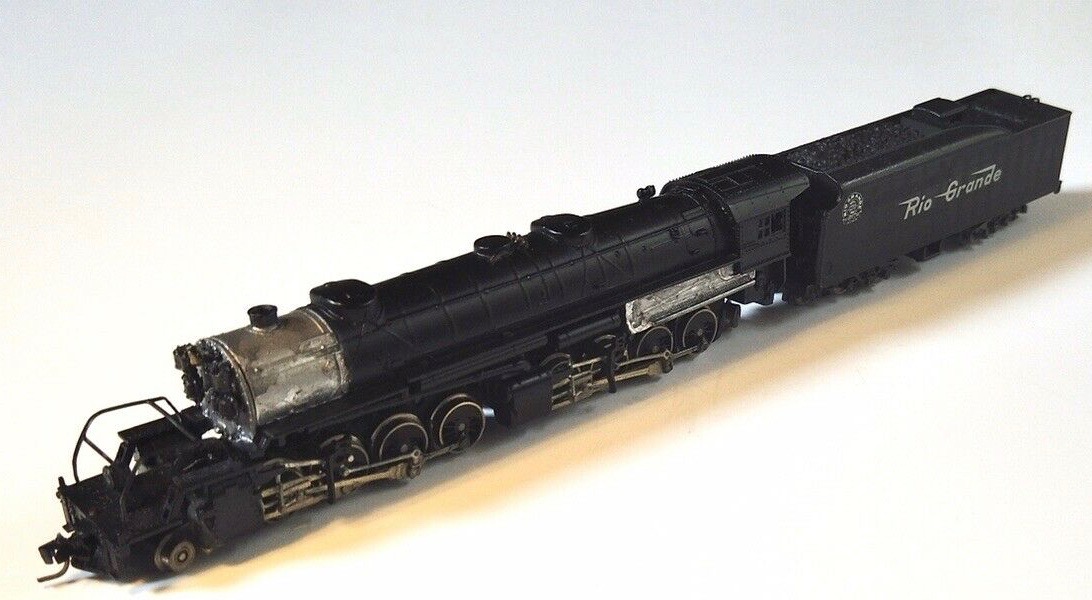 
Model Information: Atlas contracted Samhongsa of Korea to produce this model starting in 1994. It was never a terribly good runner, and it was expensive. It never sold well and as result, Atlas took a hiatus from Steam Locomotives in N Scale for quite a while after this flop. It also led Atlas to concentrate production in China as the Korean production costs were too high.

The USRA 2-8-8-2 was a USRA standard class of steam locomotive designed under the control of the United States Railroad Administration, the nationalized railroad system in the United States during World War I. These locomotives were of 2-8-8-2 wheel arrangement in the Whyte notation, or (1'D)'D1' in UIC classification. A total of 106 locomotives were built to this plan for the USRA; postwar, it became a de facto standard design.

While the 2-8-8-2 had been built in the United States since 1909, most development work had gone into making subsequent locomotives larger and heavier. The Norfolk and Western Railway however, had taken development in a different direction. By using smaller cylinders and higher boiler pressure, the result was a locomotive capable of powerful performance, and a turn of speed higher than the 20 mph (32 km/h) maximum of the âtraditionalâ designs. The USRA 2-8-8-2 drew heavily on the Norfolk and Western Railwayâs Y-2 class locomotive design, as their delegate to the 2-8-8-2 design committee had brought a full set of blueprints.


Manufacturer Information: Samhongsa was a Korean manufacturer of model trains, well know for its brass models, imported notably by Hallmark Models. The company ceased its activity in the early 2000s. Some of the employees continued the brass model business as Sam Model Tech.