Collectors value this item at an average of 64.59 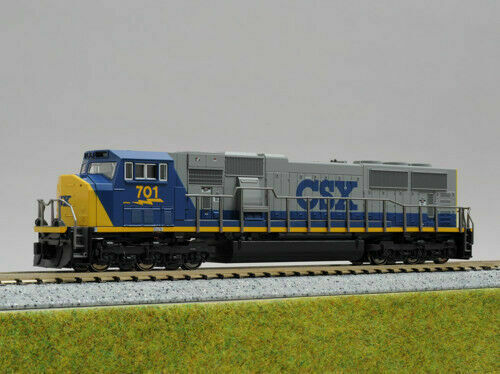 Specific Item Information: with Cab Headlight
Re-released in 2007 under same reference, but with different road number.


Model Information: Kato introduced the SD70 model in 2003. The first version was the SD70MAC. They followed up in 2005 with the SD70M. In 2006 they added the 'Flat Radiator' SD70M version. In 2009 they introduced the SD70ACe and revised the SD70M. All versions of this model share the same internal mechanism and only show minor differences in the shell. The internal mechanism was heavily revised/evolved in the 2009 release.