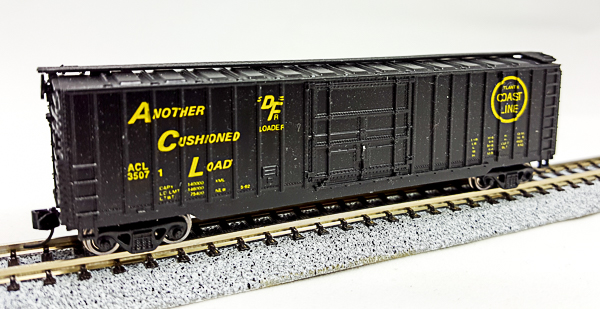 
Model Information: This body style was designed by Kato for MRC. However, since MRC used elements of previously designed Con-Cor owned toolings, Con-Cor was able to claim that they owned this derived model as well. The rights to the tooling were transferred to Con-Cor and MRC turned to Lima for a replacement tooling for this one. After acquiring the rights to the tooling, Con-Cor had Kato produce the first runs of this car with Con-Cor branding. Perhaps this was out of convenience or perhaps it was part of a legal settlement. Later on, Con-Cor brought the tooling back to the United States for continued production. Likely the tooling was later moved to China in the 1990s, but as of this writing, I am unsure if Con-Cor has produced any Chinese-made runs of this model.