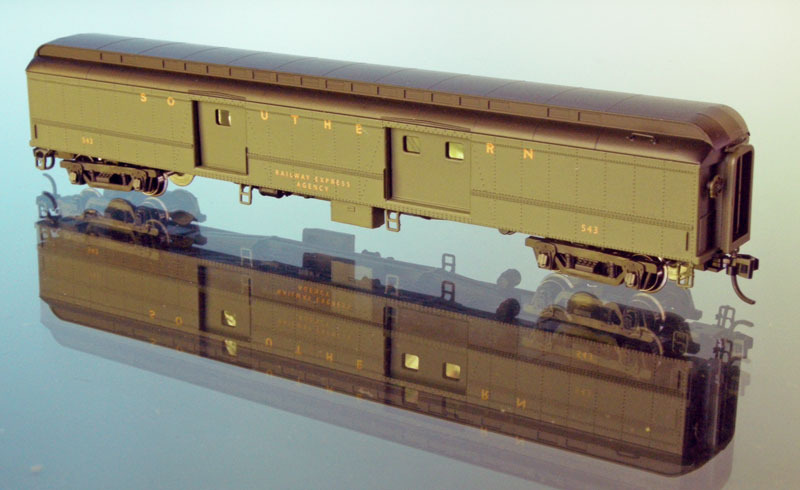 
Model Information: As construction techniques for carbuilding and track & roadbed improved, car capacity increased from 60-ft to 70-ft, nominally measured at 74 feet over the coupler faces or 70 feet between the end sills. These cars were used for carrying express packages, pre-sorted mail, and passenger luggage from the 1920s to the advent of Amtrak. In mail & express service (M&E), they were interlined with connecting railroads to provide seemless service.