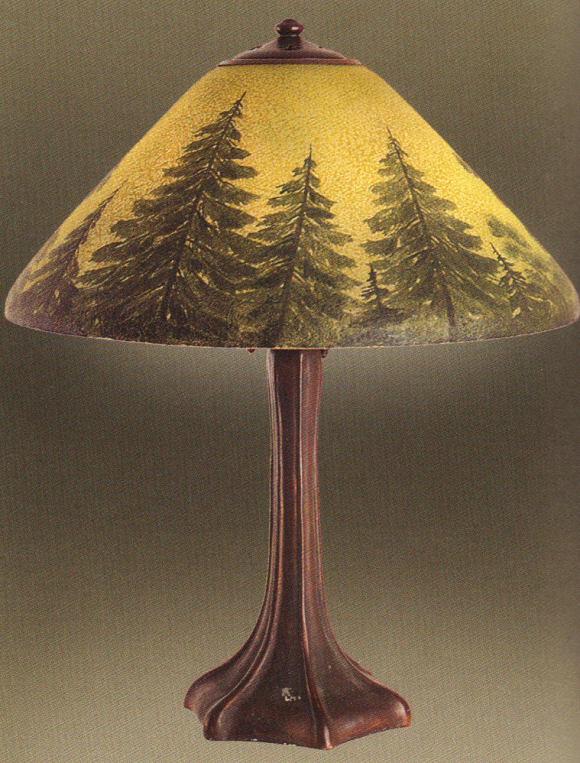 
Long Description: The cone shaped shade is decorated with a scene of pine trees against a yellow sky. Corresponding to the forest theme of the shade, the base is molded with ribs in a hexagonal form to resemble a tree trunk.