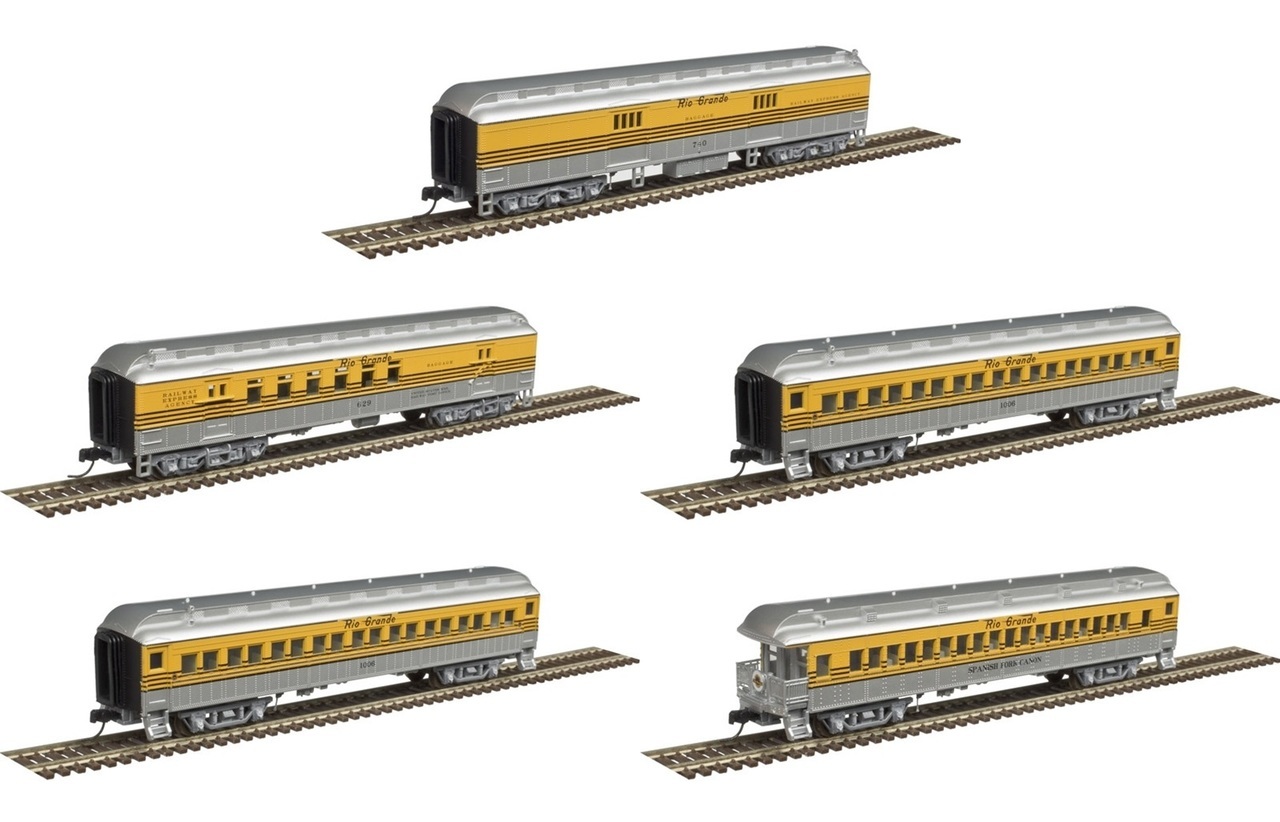 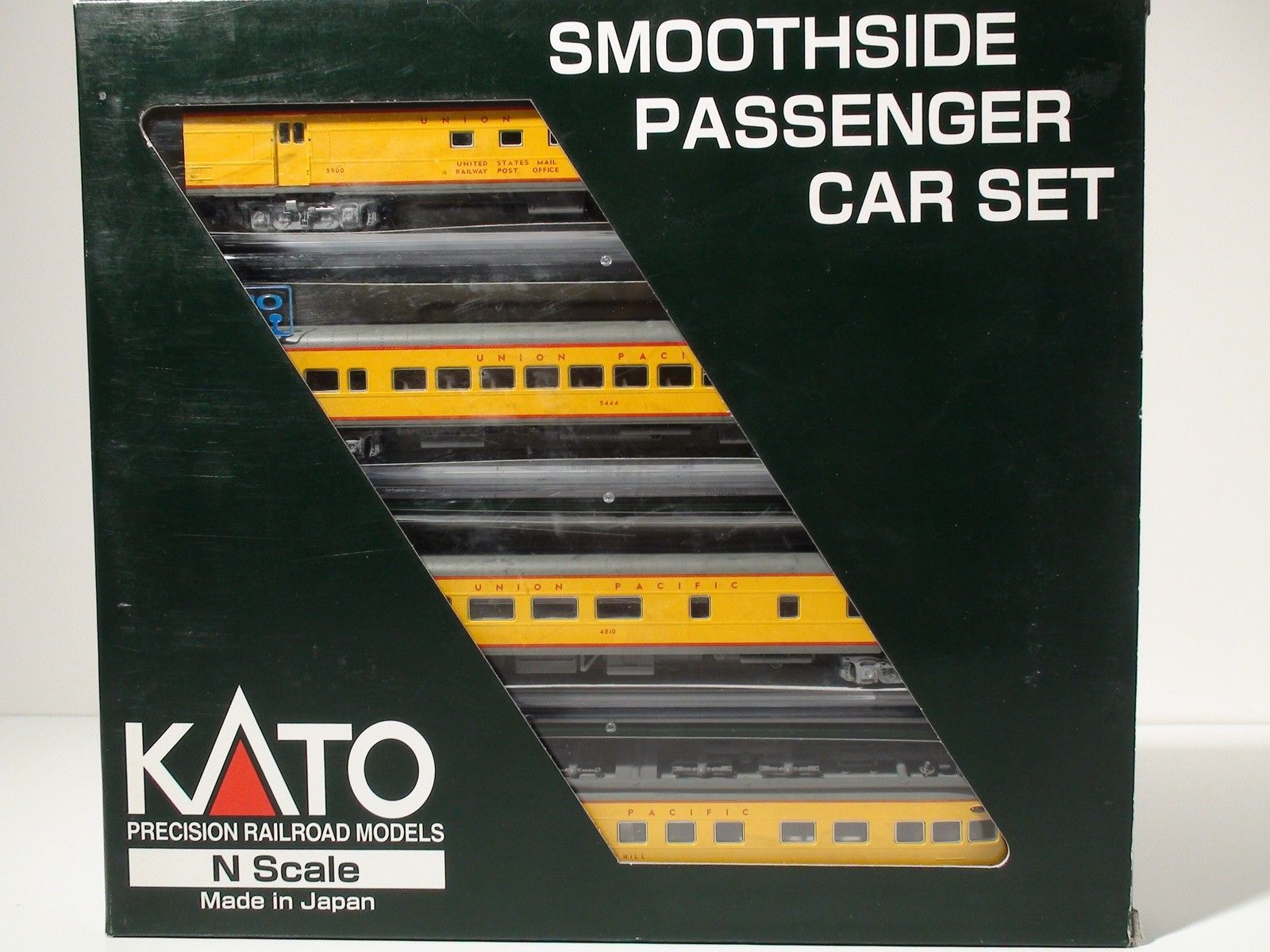 
Paint Scheme: The Bookend or Pinstripe paint scheme was introduced in 1960 and was used up into the mid-1970s. This scheme replaced the zebra stripe scheme for all non F units. It is Yellow and Blue with a black Santa Fe herald on the nose. The term "Bookend" reflects the way the yellow framed the body.