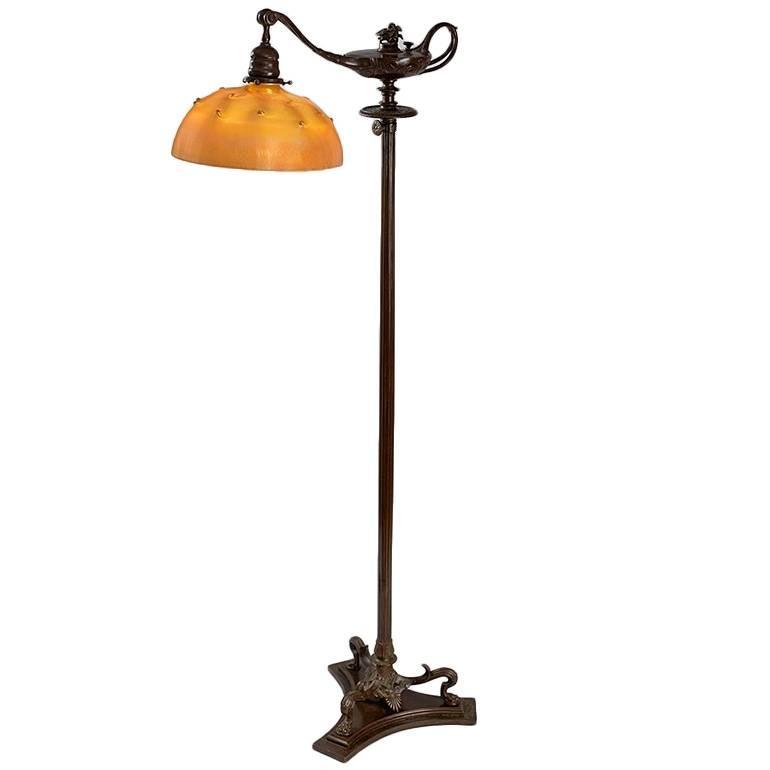 
Long Description: This floor lamp's arm is designed in the shape of Aladdin's lamp capable of a full 360 turn and supports the Favrile shade. The cover is decorated with a figure of an angel holding a bird. The stem is adjustable from 50" to 60" and is supported by three curved legs and a triangular platform decorated with wing motifs.